Motorola formally made its plans official to introduce the Moto X smartphone in India through its official Twitter account.

Motorola and Flipkart managed to create a lot of buzz and new customers with the Moto G launch in India last month. Now Motorola is gearing up to introduced the Moto X smartphone in India in coming few weeks. Motorola announced its plan to launch the Moto X in India via its Twitter account.

At the on-going Mobile World Congress in Barcelona, Spain, the company has also hinted about a Moto X successor model in late summer this year. 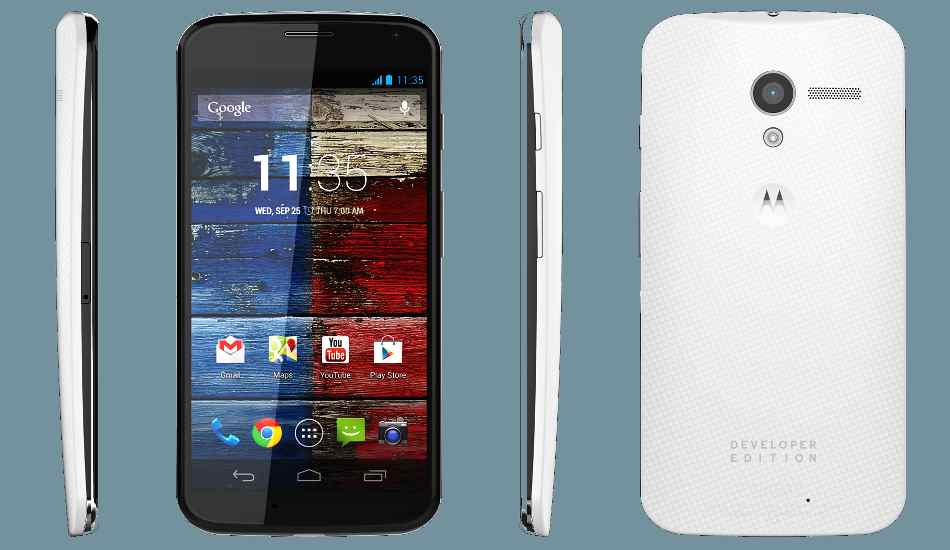 The Moto X was launched August last year and features a 4.7-inch AMOLED touchscreen display with 1280×720 pixel resolution. This display has been made using Corning Gorilla Glass technology for providing it with strength and resistance against usual wear-tear. Motorola powered the Moto X with a 1.7 Ghz Qualcomm Snapdragon S4 Pro MSM8960 dual-core processor, Adreno 320 GPU graphics and 2 GB RAM.

Even the Moto X does not offer a memory card slot but Motorola has been kind enough to give Moto X in 16 GB and 32 GB on-board storage options. At its rear rests a 10 megapixel camera with auto-focus and LED Flash. This camera is capable of recording full HD videos and also high quality still images with face detection, panorama and HDR.

Motorola packs 2200 mAh battery and there is no confirmation if Moto X too will be introduced in dual-SIM version for India.