Motorola, which is expected to release its new Razr HD sometime next week, will also at the same time unveil a new handset called Droid Razr M, according to a report. While the Razr HD is the 720p HD display bearing iteration of the current Motorola Razr smartphone, the Droid Razr M is a new handset.

Engadget, which reported this, has claimed to have procured couple of images that gives away official details about the Droid Razr M smartphone. This smartphone has been built using the aircraft grade aluminium chassis, has strong Kevlar plastic at its back and non-removable battery. 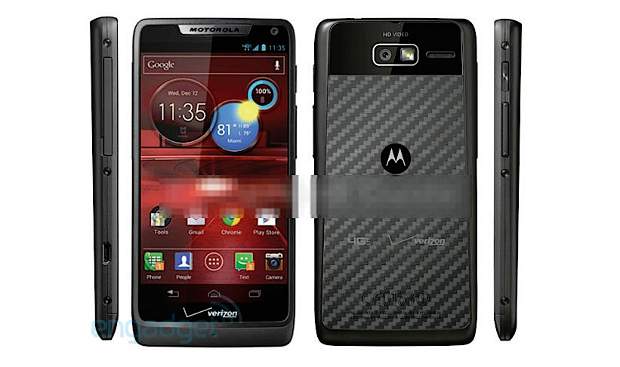 The Droid Razr M will have a 4.3-inch touchscreen Super Amoled display with ColorBoost and qHD (960×540) pixel resolution. This display has been built using the new Corning Gorilla Glass 2 for strength and slimmer profile. So in a way, the screen resolution and size remains the same as the Razr XT910.

Under the hood, it would pack a dual-core 1.5 GHz Qualcomm Snapdragon S4 MSM8960 smartphone mobile processor and 1 GB RAM that will power the Android 4.0 Ice Cream Sandwich operating system. At the back, the Droid Razr M will feature an 8 megapixel camera that would be capable of recording 1080p HD videos. In the front lies a 3 megapixel camera to offer clearer and 720p HD quality for video calls.

Unlike the Razr XT910, the new Droid Razr M will have onscreen buttons. Motorola Droid Razr M will support the 4G LTE networks of the Verizon Wireless in the USA and will be offered in white as well as black colour options. This smartphone will be priced as a mid-range device for US and so far, we have no details about its pricing or introduction in Indian market.