Motorola announces new Moto G at Rs 12,999 on Flipkart only

Motorola has introduced the successor of its best selling mid-range smartphone Moto G as the new Moto G. With the same brand name, the new Moto G brings hardware refresh and carries same design with notable tweaks around the body. Motorola’s new Moto G features 5-inch HD display and Qualcomm Snapdragon 400 mobile chipset. The new Moto G will be sold exclusively at Flipkart website starting tonight for Rs 12,999 and as usual, the consumers can avail the launch day offers.

Motorola has finally introduced the much awaited new Moto G smartphone with the same name as the predecessor. Noteworthy changes can be spotted in the hardware department. The new Moto G flaunts a 5-inch LCD display with 1280×720 pixel resolution. The screen size has been bumped from 4.5-inch to 5-inch but the screen resolution remains the same. Though the 0.5-inch bump would be barely noticeable to average person, we can expect mindless bashing only on the display. Not forgot, even the new Moto G’s display has been constructed using Corning Gorilla Glass 3 technology. 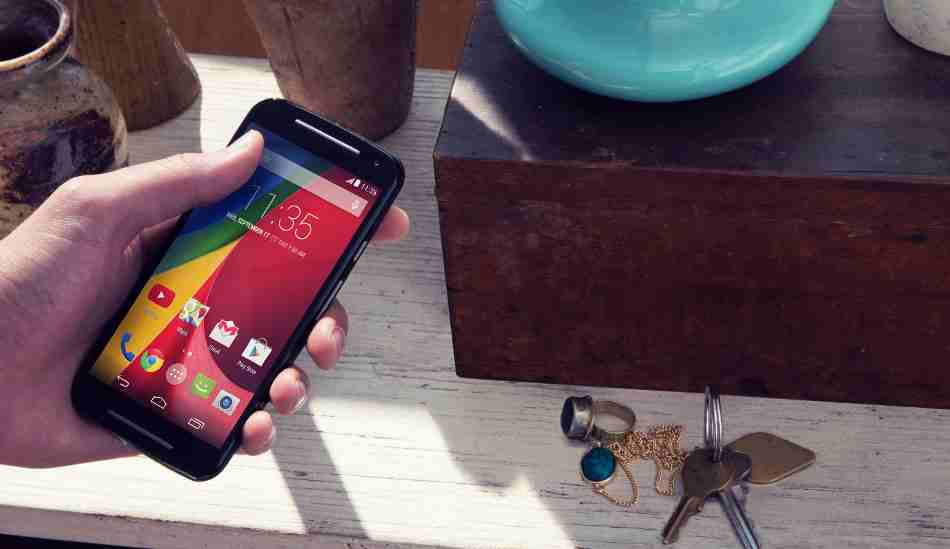 New Moto G features 8 megapixel camera at the back with an LED flash under it. In the front, it has a 2-megapixel front-facing camera. Motorola offers dual-SIM configurations to hold at least one 3G network enabled SIM card. Other noteworthy features include WiFi 802.11ac support, Bluetooth 4.0 LE, and GPS with A-GPS and GLONASS support.

By default, the Moto G will come with 8 GB or 16 GB on-board storage and there will be a memory card slot to add more storage. Motorola has loaded the Android 4.4.4 KitKat with several Moto family only enhancements on it. Motorola has packed the same 2070 mAh battery inside the new Moto G.