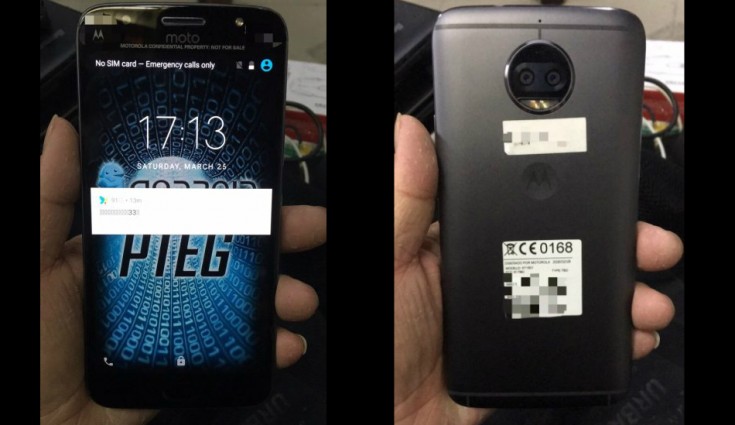 The phone is reported to come loaded with aluminium body and it will feature a dual-camera setup as well.

Motorola is reported to be working on the next generation of Moto X smartphone.The phone is reported to come loaded with aluminium body and it will feature a dual-camera setup as well.
According to a report by VentureBeat, quoting some informed individual, the smartphone will come loaded with a 5.2-inch screen with a full HD resolution. The phone will also feature a front-mounted fingerprint sensor with some gesture support, similar to what we have seen in recent Moto devices like the Moto G5 and G5 Plus, Moto Z2 Play and so on.
On the hardware front, the report mentions that the Moto X4 will be powered by an octa-core Qualcomm Snapdragon 630 processor clocked at 2.2GHz along with a 4GB of RAM and 64GB of internal storage. The memory could be further expanded via micro SD card slot.
The smartphone is reported to feature a dual-camera setup as well. The report says that the dual rear cameras will come with a combination of 12-megapixel and 8-megapixel sensors. For the front, there will be a 16-megapixel selfie camera.
The phone is further reported to run on Android 7.1.1 Nougat and will be juiced up by a 3000mAh battery. It will also don an IP68 certification, which will make it water and dust resistant.
Recollecting some previous rumours, Andri Yatim, a known tipster, revealed that the smartphone will sport a dual-camera setup. The tipster further reveals that the dual camera setup will have a combination of 13-megapixel sensors with one sporting a f/1.7 aperture, while other could feature a f/2.2 aperture. The smartphone will also boast an IP68 certification, which makes it water and dust resistant.
Further, the phone is reported to feature a 5.2-inch Full HD display along with Qualcomm Snapdragon 660 processor and 4GB of RAM. There will be 32GB and 64GB storage variants of the Moto X4 and it will be juiced up by a 3800mAh battery.
Previously, the same tipster had revealed that the smartphone will come with a price tag of Rs 20,999 and is expected to launch in the country this summer. Recollecting some previous rumours, the smartphone will carry a metal unibody coupled with a 3D glass finish at the front. Further, it will feature Android 7.1 Nougat, Turbocharging, 4G VoLTE, Wi-Fi, Bluetooth 5.0 and Dual SIM support.