A leaked image of the retail box has surfaced online, which reveals the price of the upcoming smartphone.

Motorola has recently confirmed that it will be launching the latest Moto X4 on November 13 in India. Now, just ahead of launch, a leaked image of the retail box has surfaced online, which reveals the price of the upcoming smartphone.

According to a leaked image by the DealNTech website, the alleged Moto X4 retail box packaging shows a price tag of Rs 23,999. The leaked retail box further reveals the price for the 4GB of RAM and 64GB of internal storage variant. There is also a 3GB of RAM and 32GB storage variant as well. The phone will be available in Super Black colour options. One can also expect Sterling Blue colour option to be announced as well. 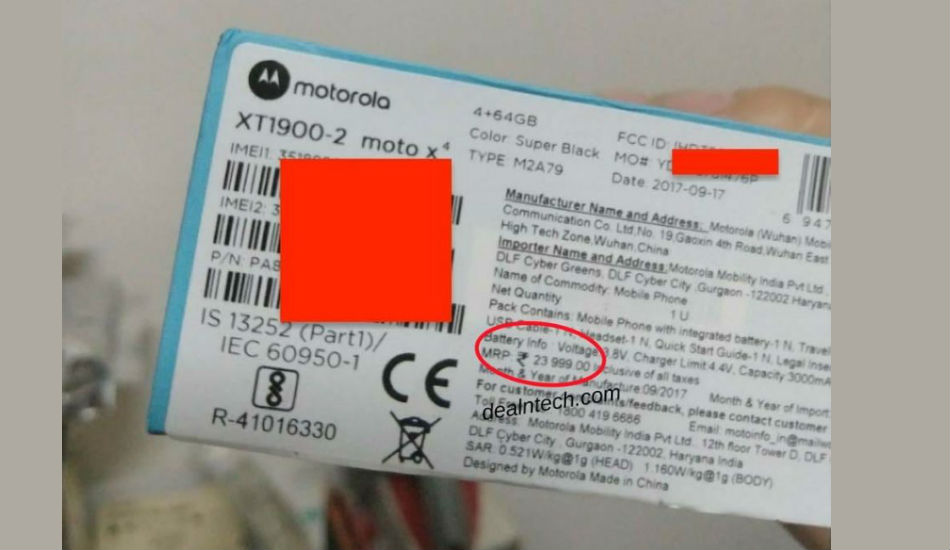