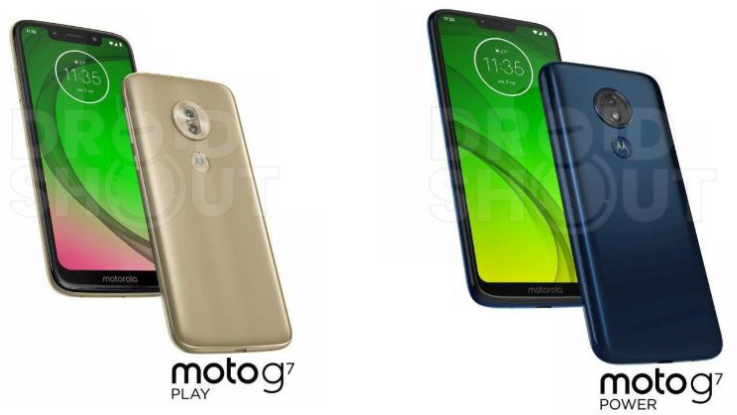 Moto G7 Power will have Qualcomm Snapdragon 625 14nm octa-core processor under the hood, and that will be coupled with 4GB RAM.

Motorola is working on the next-generation of Moto G-series, which will be unveiled in 2019. The series will consist of smartphones like Moto G7, Moto G7 Plus, Moto G7 Power and Moto G7 Play. Out of these four, Moto G7 Power has been spotted on GeekBench benchmarking website revealing quite a few of its specs.

As per the GeekBench listing via DroidShout, the Moto G7 Power will have Qualcomm Snapdragon 625 14nm octa-core processor under the hood, and that will be coupled with 4GB RAM. On the software front, the smartphone will run Android 9.0 Pie operating system. In the listing, the phone has scored 1,286 points in the single-core test and 5,443 points in the multi-core test. 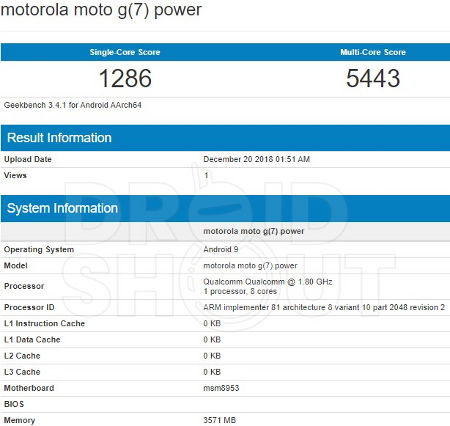 The Moto G7 Power as the name suggests is expected to be backed up by a huge battery. The phone will reportedly come fitted with a 5000mAh battery. As per rumours, the Moto G7 Power will feature a 6.22-inches notched display and 32GB and 64GB storage variants. The phone will reportedly feature a 12-megapixel rear camera and 8-megapixel front camera.