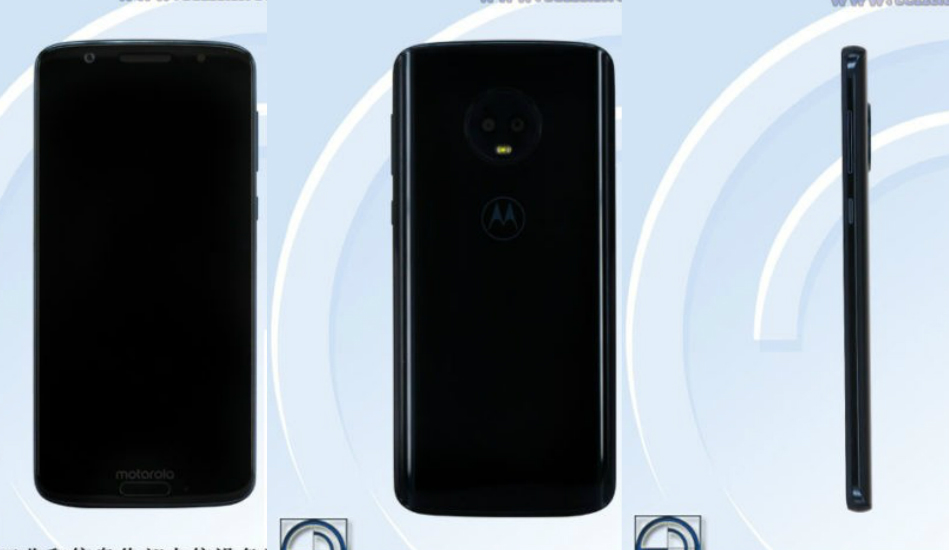 The upcoming Motorola device bears the model number XT1925-10 and will feature a tall 2:1 display with a circular setup for rear cameras.

Lenovo-owned smartphone manufacturer Motorola is gearing up to launch its next generation of mid-range devices, the most talked about is the Moto G6. The successor to the Moto G5 has now appeared on certification website TENAA with a codename XT1925-10 hinting that an official launch is just around the corner. Judging by the screen size and design, the model that surfaced could be the standard G6 smartphone with two other variants, G6 Plus and G6 Play still on the cards.

The TENAA listing clarifies the device’s dimensions as 154.5 × 72.2 × 8.3 mm with a physical home button that also acts as the fingerprint scanner, just like what we saw on the Moto G5. Images provided in the Chinese certification site also confirm that the display on the Moto G6 is indeed 2:1. At the back, the G6 appears to offer a dual camera setup with dual LED flash that has been adorned inside a circular space resembling its predecessor.

What’s different from the last year’s counterpart is the sleekish curved design on the edges which is expected to offers a better grip when held single-handedly. There’s a dark grey Moto logo which sits right below the dual primary camera sensors, which is still visible on the black coloured variant of the phone. Also specified in the listing is the 3,000mAh battery which is a tiny improvement in contrast to the 2,800mAh power unit from last year’s Moto G5.

According to earlier leaks, the Moto G6 is expected to be powered by a Snapdragon 625 clocked at 1.8GHz with 3GB of RAM. The handset could be launched with a dual 12MP+5MP camera sensors with a 16-megapixel shooter on the front. Also on the cards is NFC connectivity and a larger 5.93-inch on the G6 Plus.