Moto E7 Plus specs, price and renders leaked ahead of official launch 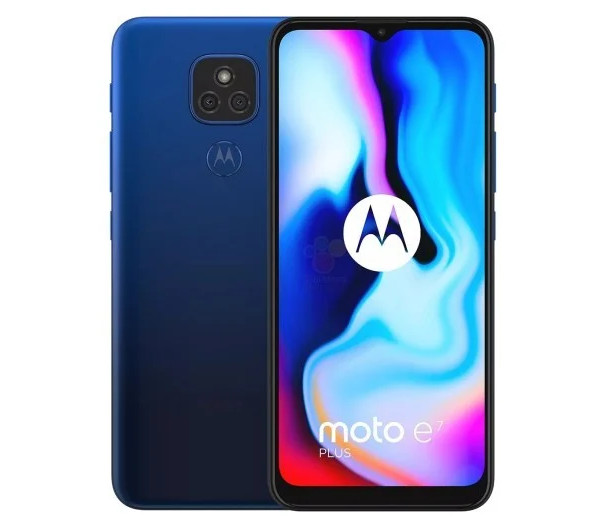 Moto E7 Plus will come with a waterdrop notch on the front.

Motorola is currently working on a new Moto E-series smartphone which is dubbed as Moto E7 Plus which is expected to launch soon. Now Moto E7 Plus specifications and pricing details have been leaked online ahead of the official launch.

The renders show Moto E7 Plus will come with a waterdrop notch on the front. At the back, there is a dual-camera setup and just below it, there is a fingerprint scanner with Moto’s batwing logo. The volume and power buttons are placed on the right edge with a third key that is said to be a dedicated Google Assistant button. The top panel houses a 3.5mm audio jack, while micro-USB port and speaker grille are at the bottom.

As per the leaked specs, Moto E7 Plus features a 6.5-inch HD+ display with a screen resolution of 1600 x 720 pixels. It is powered by Snapdragon 460nm processor with 4GB of RAM, 64GB storage and expandable memory up to 256GB with microSD.

On the camera front, the Moto E7 Plus has a dual-camera setup with a combination of 48MP main sensor with f/1.7 aperture and a 2-megapixel depth sensor. On the front, there is an 8-megapixel shooter with an f/2.2 aperture housed in a notch.

The Moto E7 Plus will also come with a 3.5mm headphone jack. The smartphone runs and packs a 5,000 mAh battery with 10W charging via micro-USB. The report states that the phone will weigh 200 grams.