Images of the Samsung Galaxy S IV smartphone dual-SIM version for the China region surface online to show the actual retail design of the smartphone.

Few hours from now, Samsung will launch the Galaxy S IV smartphone, which is expected to have top of the line hardware and bunch of new features. 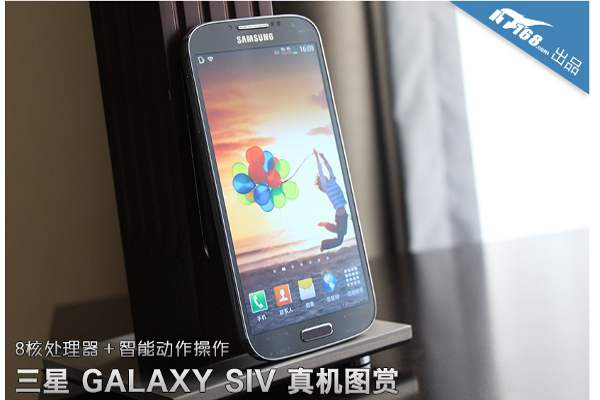 While the Galaxy S IV is on the verge of launch, number of images of its Chinese variant surface on Mobile IT168 website. The Galaxy S IV features a design that basically marries Galaxy S III with Galaxy Note II. 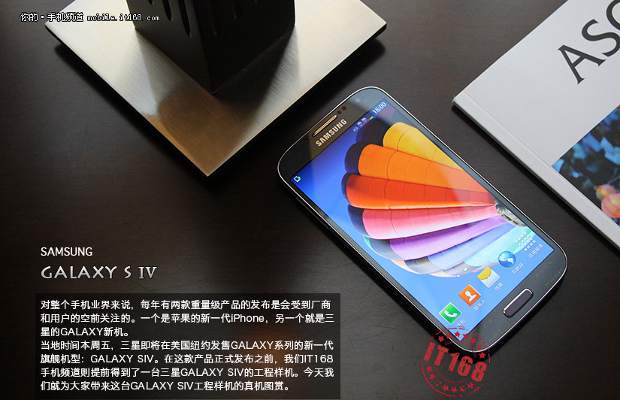 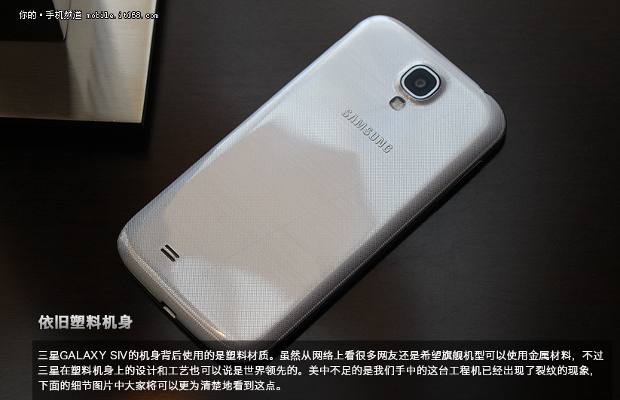 As per the images, the Samsung continues to carry the Galaxy S III look. The Galaxy S IV will feature a larger and crisp looking display that supports really vibrant colours at least in the images. The smartphone will have a strip of stainless steel rim travelling around it sides. The Home button continues to exist and appears to be metallic by nature. 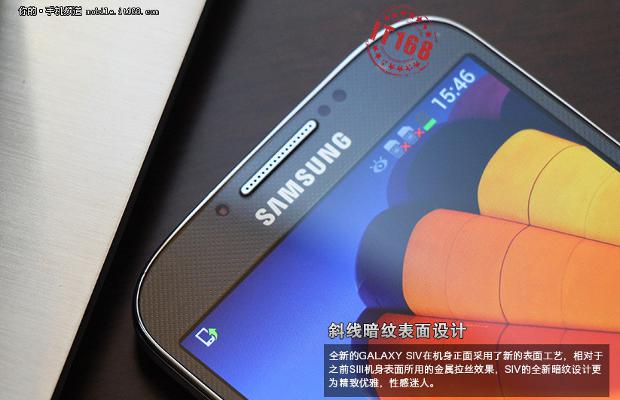 The proximity sensor, ambient light sensor and the front facing camera are located just below the top bezel edge. The back panel seems to have a larger Image sensor bearing camera in the center with LED flash below it. The typical speaker mesh is located at the bottom side on the back panel. From the images, it can be inferred that the Galaxy S IV will have a 3.8v battery that will offer a 2600 mAh muscle to run for long time. 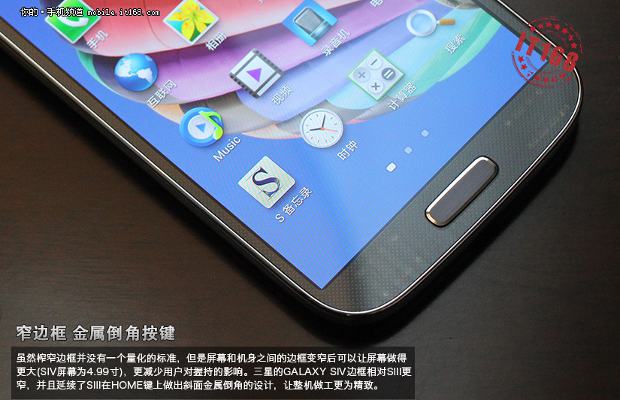 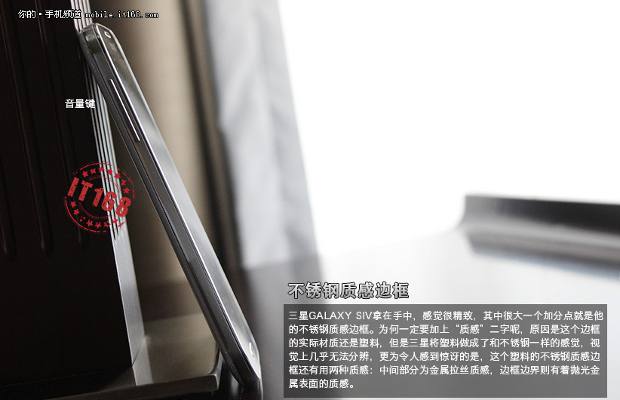 Galaxy S IV is expected to bring new set of features with the latest version of the Nature UX. Stay tuned for the updates about the Samsung Galaxy S IV launch in few hours from now.