Mobile World Congress (MWC) event is scheduled to be held from February 26 to March 01 and HMD Global has already scheduled its launch event on February 25th, i.e just ahead of MWC. Recently, some press render of Nokia 7 Plus leaked online, and now again renders of the phone have surfaced to reveal it from all angles.

The new leaked images via NokiaPowerUser show the Nokia 7 Plus smartphone in all its glory with both colour variants placed side by side. The new renders show the Nokia 7 Plus in Black and White colour options. Both the colour variants come with orange accents around the dual rear camera. It features a full-screen design and a display with the aspect ratio of 18:9. Nokia 7 Plus is said to be the first Android One smartphone from the Finnish company. On the front, there is the selfie camera in the upper right corner and the Nokia logo next to it. The earlier leak also showed the fingerprint scanner and Nokia logo located at the back of the device. 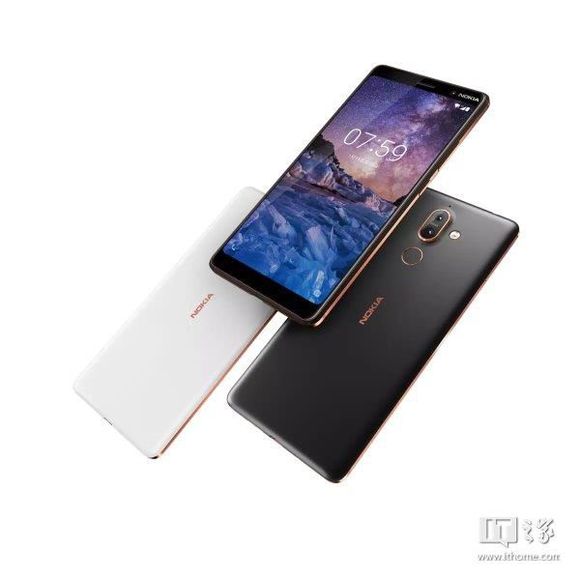