Mobiistar strengthens its presence in Jaipur with 150 new retailers

Mobiistar scheduled retailer engagement meets to appreciate the efforts of its retailers and also add new retailers under its line. At the meets, Mobiistar highlighted its commitment towards its partners and how the company owes its growth in India to its retailers.

After unveiling the X1 Notch smartphone with 13MP selfie camera earlier this year, Mobiistar has now announced that it is strengthening its presence in Jaipur with the addition of 150 new retailers.

The Vietnamese smartphone brand scheduled retailer engagement meets to appreciate the efforts of its retailers and also add new retailers under its line. At the meets, Mobiistar highlighted its commitment towards its partners and how the company owes its growth in India to its retailers.

Mobiistar currently has 250 retailers on board in Jaipur and aims to take that number to 500 by the end of the year. Being a nascent brand in the country, Mobiistar feels that it is necessary to recognise its partners who have helped it grow in the past year. 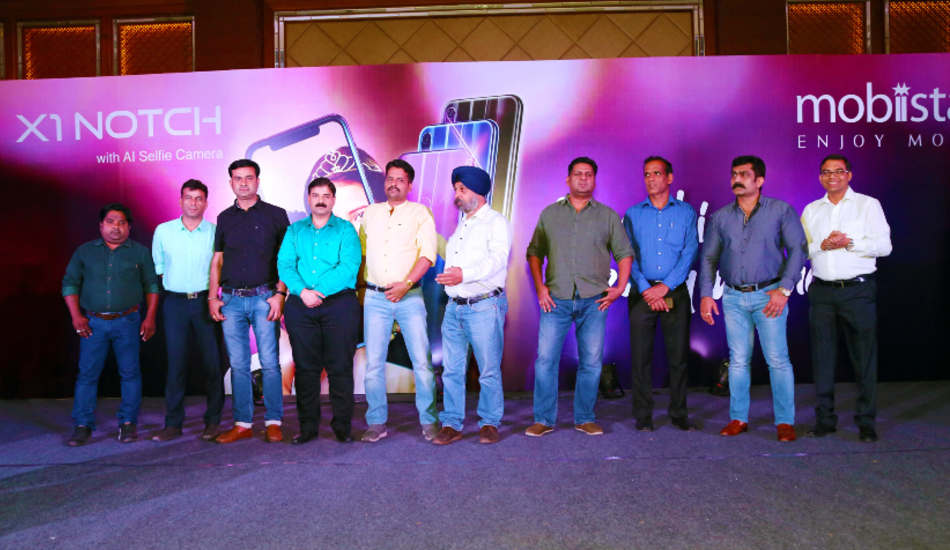 Hardeep Singh Johar, VP, Sales, North and East, Mobiistar said “Retailers are the arms and legs of a brand on the ground and we are thankful to them for their hard work. Jaipur is a very important market for us and our partners work tirelessly to take our brand name to greater heights for which we would like to showcase our commitment towards them by organising such meets regularly. Mobiistar has been in India for almost a year now and we credit the goodwill we have received to our retailers. They have successfully managed to create a preference for the brand and it is heartening to see our consumers enjoying our products."

Mobiistar is investing heavily in India be it for manufacturing or employment. The brand is wholly committed to the country and is manufacturing its devices in a plant in Bawal, Haryana contributing to the government’s Make in India initiative. The brand entered India in May 2018 and has launched 9 smartphones in the market since then.

Its latest launch, the Mobiistar X1 Notch features a 5.7 HD+ IPS full view notch display with glass back cover. It is powered by MediaTek Helio A22 processor coupled with 2GB and 3GB RAM. It has a 13-megapixel  rear camera with LED flash and AI Scene detection and 13-megapixel selfie camera with AI and 7 level beautifier. For the software, it runs Android 8.0 Oreo operating system.

The smartphone has dual SIM dual VoLTE connectivity. It is equipped with facial unlock and fingerprint sensors to give you double security, the phone has a battery capacity of 3020 mAh for unhindered long hours at work or with friends. The Mobiistar X1 Notch is available for starting price of Rs 8,499.