MIUI 13 is the newest update for Xiaomi smartphones which brings new features and enhancements. 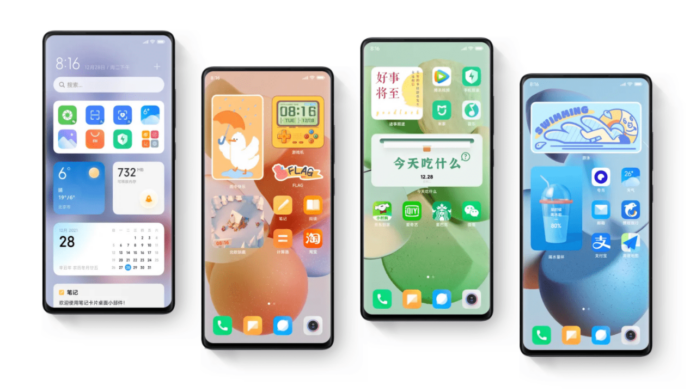 Xiaomi hasn’t been the brand that is known for software updates but is definitely amongst the top three companies worldwide to sell the most number of smartphones. Where we discussed a while back that Xiaomi is the only brand that hasn’t rolled out Android 12 to any of its devices yet, the company has now announced which of its smartphones globally will receive the MIUI 13 update, however, there’s a catch about which we’ll talk below.

Further, Xiaomi has revealed that it will begin the rollout of MIUI 13 in the first quarter of this year (i.e. Q1 2022) but it has not yet announced an exact date for the release. However, it has shared the list of smartphones that will get the update in the first wave:

Xiaomi says that India-specific SKUs are not included in this list and the rollout will be detailed by Xiaomi India later on. Further, one should be aware that Xiaomi’s MIUI versions aren’t necessarily based on the version of Android. This means that all the smartphones mentioned above may not get Android 12 and MIUI 13 may be based on Android 11 for some of the devices.

To further boost performance, MIUI 13’s Atomized Memory, a memory management method that brings RAM efficiency to a new level as per the company. This feature analyzes how apps use memory and divide a single app’s RAM usage processes into important and unimportant tasks.

MIUI 13 also comes with Focused Algorithms, which dynamically allocates system resources based on usage scenarios, making MIUI more fluid and responsive. MIUI 13 brings Smart Balance, which is designed to automatically find the balance between performance and power consumption. It is said to increase battery life by up to 10%. Some other new features include Widgets and Sidebar, that is said to increase the efficiency of the software.