Miniblog will be available for a wide range of mobile phones including Java, Android, and BlackBerry handsets. 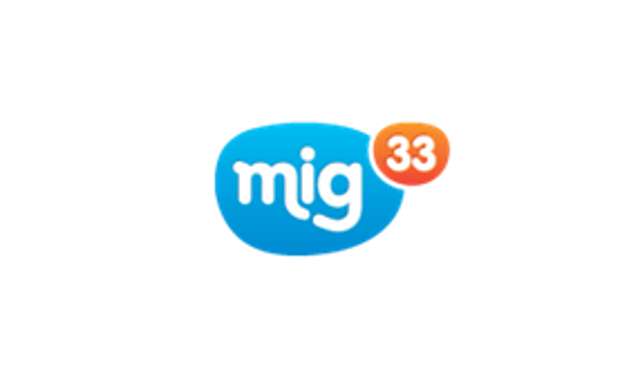 The Miniblog service is currently in beta, but is expected to be available in full in a few months. It will be integrated with Mig33’s third-party games, chat, and profiles. Mig33 will include features such as levels, badges, labels, virtual gifts, avatars, emoticons, games and other experiences directly within the Miniblog itself. 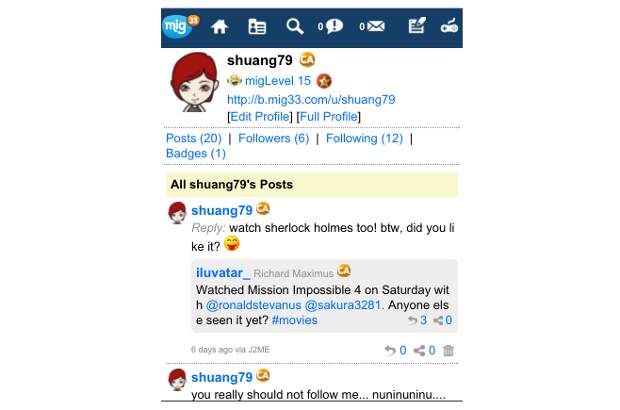 ###PAGE###The Miniblog service, which according to the Singapore-based company was inspired by services such as Twitter, Sina’s Weibo and Tumblr, currently has around 300,000 daily users. 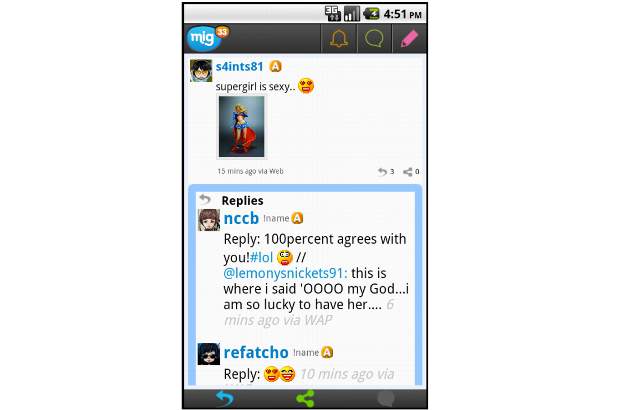 Mig33’s Miniblog will be available for a wide range of mobile phones running Java, Android, BlackBerry, WAP and web clients.