The Microsoft Lumia 950 and Lumia 950 XL has the latest Windows 10 operating system.

As reported by The Mobile Indian earlier, Microsoft has announced the high end Lumia 950 and Lumia 950 XL smartphones with Windows 10 operating system. 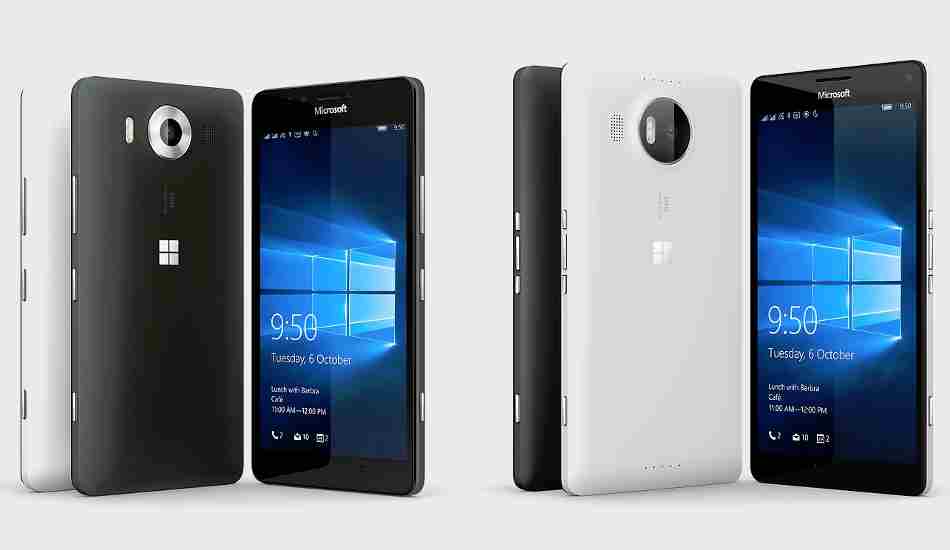 The Lumia 950 comes with a 5.2 inch display with Quad HD (2560×1440 pixels) resolution and Corning Gorilla Glass 3. It is powered by the 1.8 GHz Qualcomm Snapdragon 808 processor and offers a 20 megapixel rear camera that can record videos in 4K resolution. There are three LED flash lights in the back panel to help the rear camera that has ZEISS optics. The Lumia 950 has a 3000 mAh battery and comes with USB Type C port for faster charging.

The Microsoft Lumia 950 XL has bigger 5.7 inch AMOLED display but with the same Quad HD resolution as well as the same 20 megapixel rear camera with triple LED flash light and ZEISS optics. However, it has a better 2.0 GHz Snapdragon 810 octa core processor as well as a bigger 3340 mAh battery with USB Type C charging port. As per Microsoft, the phone can be charged to 50 per cent in just 30 minutes.