“We have some exciting news to share about Windows 10 devices,” says the invite. However, Microsoft has not revealed anything about what it plans to announce. 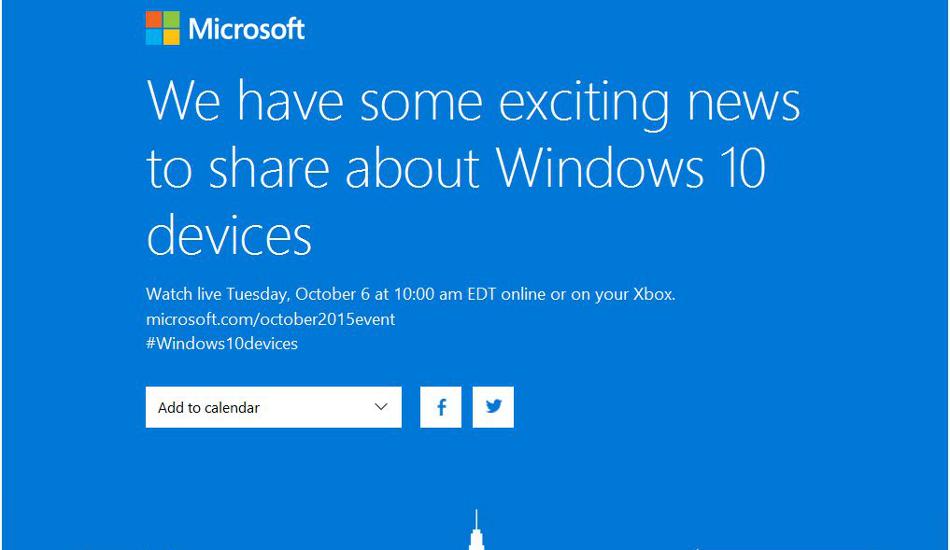 Microsoft Lumia 950 and Lumia 950 XL have been rumored for months. Their alleged specifications and images have already been leaked online. But, there haven’t been many leaks about either the Surface Pro 4 or Microsoft Band 2 wearable fitness tracker. As per some Industry watchers, since there is no information of operating system of Band 2, it might not make an appearance in the event.