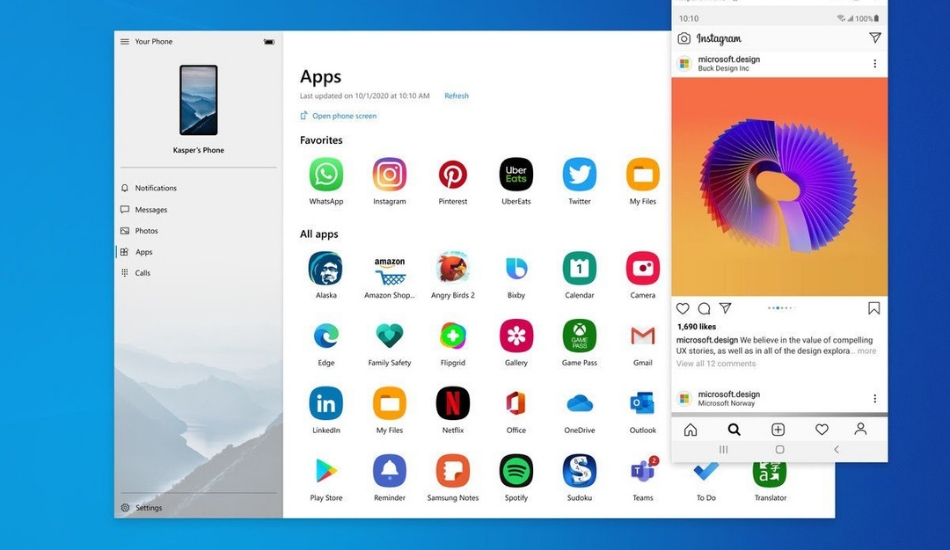 Microsoft is reportedly working on a project dubbed 'Project Latte' that will bring Android App support to Windows 10.

Microsoft is working on a plan to bring Android apps to Windows 10 adding support for millions of other apps on its platform.

The so-called Project Latte, aims to bring Android app support to Windows 10 without much coding or efforts needed by developers to finally port the app to Windows. Sources within Microsoft have told Windows Central (who was first to spot the development), that it could be rolled out as early as next year.

The same functionality of using android apps with Windows is available in the ‘Your Phone’ app by Microsoft that allows users to mirror Android Apps to the PC but the functionality is only limited to a few Samsung devices.

Project Latte will allow app developers to bring over apps that don’t already have a Windows version available. The project will most probably won’t support Google Play Services as Google doesn’t allow Play Services to be installed on any devices running a software other than ChromeOS or Android.

This means that the developers will have to remove the dependencies on Play Services within their apps before the app can be made compatible and published for Windows 10.

Microsoft Windows is already the most widely accepted PC software and along with Android app support (which is the most accepted software in smartphone industry), Microsoft will be making a huge leap in terms of number of applications available for its OS.

This move will not only have wider app support for Windows, but will also attract customers who are using Apple because of its tightly integrated eco-system. And Microsoft would want to make this move at a time when Apple has already announced that with its latest BigSur software for Macs, it is allowing all iPhone and iPad apps to run on Macs.