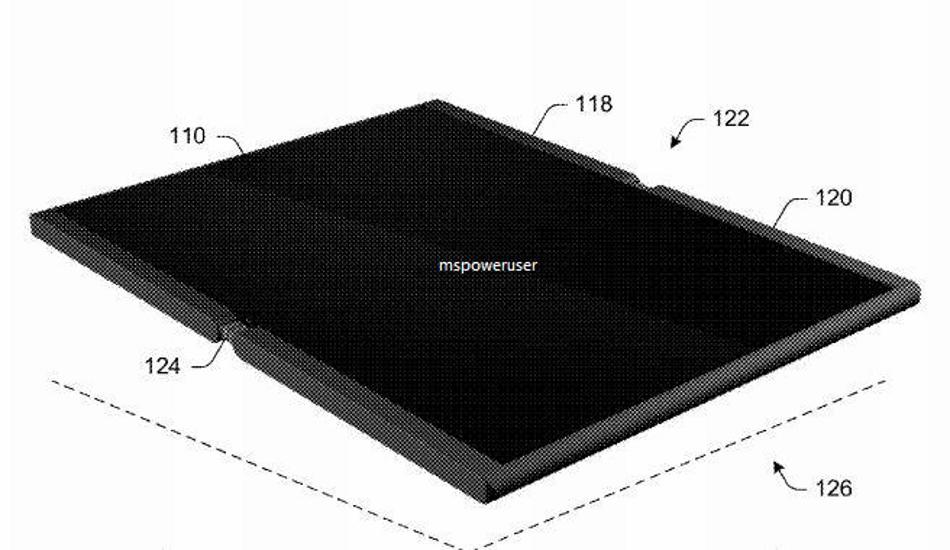 The patent reveasl that the Redmond giant is working on a smartphone that can be transformed into a tablet.

Microsoft might soon join the league of foldable smartphones as the company has just received a new patent regarding the flexible display. The patent reveals that the Redmond giant is working on a smartphone that can be transformed into a tablet.

As spotted by MSPowerUser, the latest patent application from Microsoft shows a device that can be folded into a tablet all thanks to a flexible hinge. In the patent, Microsoft describes a device can be opened up to be a tablet, while can fold into a smaller smartphone through the flexible hinge.

Recently, Nokia was also granted a new patent for a foldable smartphone. The patent reveals two identical sides which, as per the diagram, is connected by a hinge. Now, though the patent was applied for back in the year 2013, but the Finnish company has reportedly received it last year and has just been made public.

Samsung is also allegedly working on two different types of foldable smartphones, codenamed as Galaxy X1 and Galaxy X1 Plus with one sporting a dual-screen. The company is expected to launch the foldable smartphones sometime in the third or fourth quarter of 2017, as per a new Weibo post. Other rumours suggest that the foldable phones are tipped to feature a 4K display and there would be various forms of biometric authentication including iris, fingerprint, face and palm detection.