Microsoft devices doesn't have any plans to have an exclusive partnership with e-com players for selling Lumia range of smartphone.

Few weeks back Google in association with three Indian device makers – Micromax, Karbonn, and Spice – had launched Android One smartphones to offer low cost devices with pure Android experience. To counter this move of Google, Microsoft Devices plans to launch a couple of affordable Windows based smartphones pretty soon.

Ajey Mehta, managing director, Nokia India, a subsidiary of Microsoft Mobiles, said to The Mobile Indian, “We are focused on launching more and more devices in affordable price segment same as that in which Android One is available.” 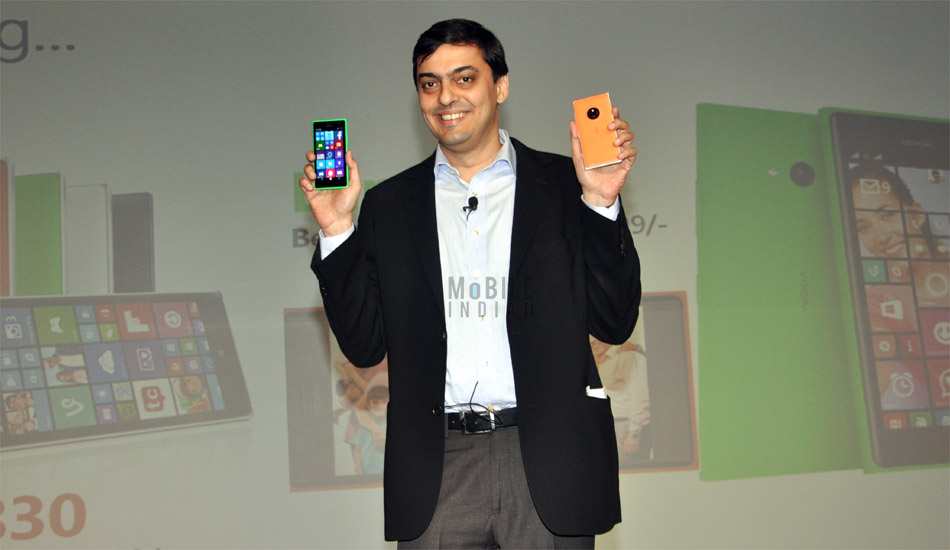 Though he didn’t share any timeline, he said that the devices will be made available “pretty soon” and that these “affordable range of smartphones will not disappoint customers in terms of rich app experience and hardware”.

“All our Lumia range of smartphones that we have launched till date have something unique in them like camera, design, music and so on and we will continuing that tradition in our affordable smartphones as well,” he added.

On Indian player launching Windows based devices, he said, “A couple of India OEM’s like Micromax have launched smartphones based on Windows operating system and they are helping in further strengthening Windows Phone ecosystem. More the player, the better it is for the ecosystem.”

On distribution network Ajey said, “We don’t believe in having exclusive online partnership with e-com players for selling our smartphone. The way we look at e-com platform as of now is that it complements the physical distribution network and there should be minimalist conflict between the two channels. We want our product to be made available in all the different channels so that we can reach out to maximum number of consumers.”