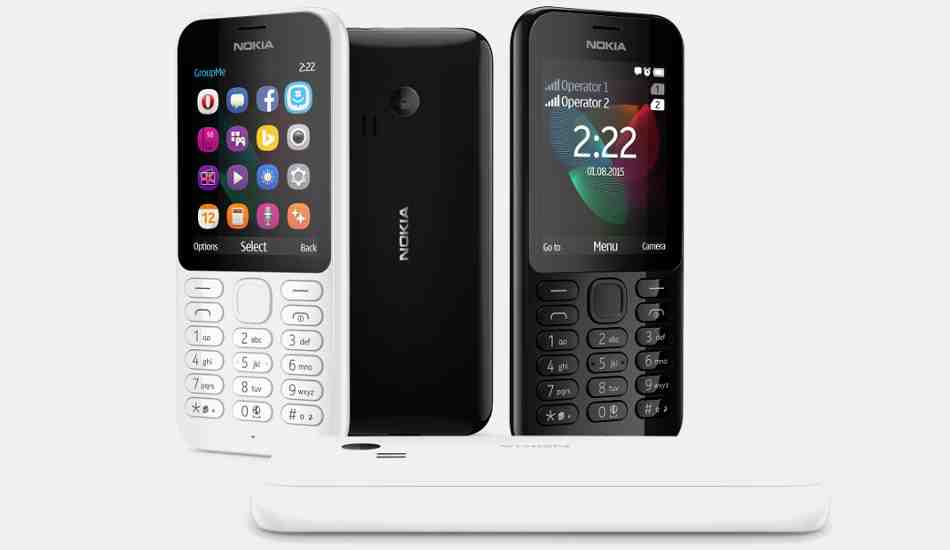 Both the Nokia 222 and Nokia 222 Dual SIM phones come with same specs except that the latter supports dual-SIM connectivity.

The phones feature a 2.4-inch QVGA (240×320 pixel) LCD display offering a pixel density of 166ppi. The handsets sports 2-megapixel rear fixed-focus camera with LED flashlight and a microSD card slot which supports expandable memory up to 32GB. They run on Nokia Series 30+ OS.

Both the handsets come with Slam technology, which allows sharing (sending & receiving) files with other Slam-enabled devices. The Nokia 222 and 222 Dual SIM comes pre-loaded with Opera Mini Browser, MSN Weather app, Facebook, Twitter, Messenger and GroupMe by Skype. Users will be able to download one free Gameloft game per month for a year among popular titles like Assasin’s Creed Brotherhood and Midnight Pool 3.

Microsoft India has listed Nokia 222 Dual SIM on its website as Coming Soon. So we can expect the launch of dual-SIM variant in India pretty soon. Both Nokia 222 and Nokia 222 Dual SIM will be available in glossy Black and White colours and their price starts from US$37 or Rs 2465 approximately.