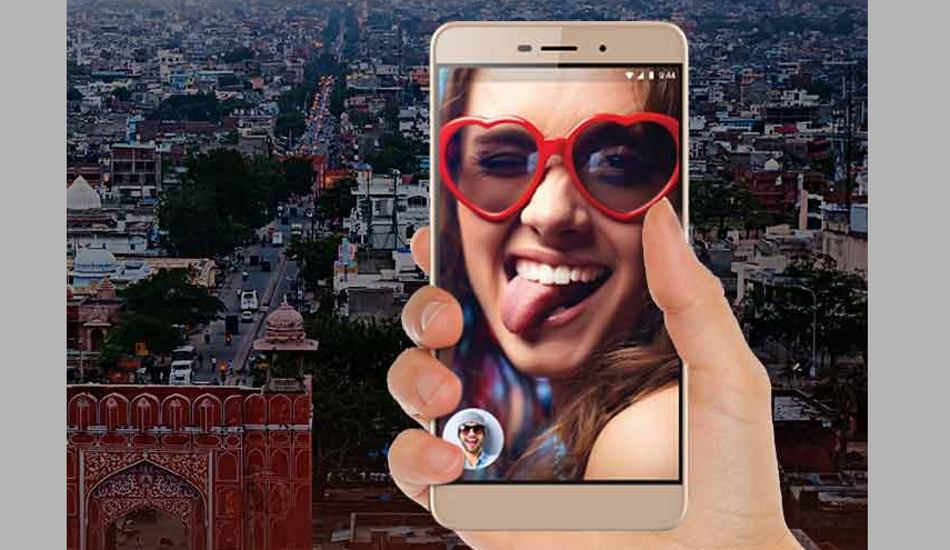 Vdeo 5 comes bundled with Jio SIM which will enable users to avail free data and voice calling till 31st March.

A new Micromax smartphone under Vdeo series, named as Micromax Vdeo 5, has been found listed on company’s website, however, we couldn’t locate any information about its pricing or availability. Last month, Micromax havelaunched Vdeo 3 and Vdeo 4 smartphones for Rs 5,749 and Rs 6,249 respectively. Apart from this, the Indian handset manufacturer alsolaunched Vdeo 1 and Vdeo 2 smartphones last year in December for Rs 4,440 and Rs 4,990 respectively. All the above-mentioned devices are available in offline retail stores only.

Just like Micromax Vdeo1, Vdeo 2, Vdeo 3 and Vdeo 4, the Vdeo 5 also comes bundled with aJioSIM which will enable users to avail free data and voice calling under the Happy New Year offer which is now valid until March 2017. Apart from that, Google’s video calling app, Duo, has also been preloaded onto the device.

As per the listing, Micromax Vdeo 5 features a 5.5-inch display and comes with 4G VoLTE (Voice over LTE). It will be powered by a quad-core processor and will be backed up by a 3000 mAh battery. Apart from this, none of the other specifications of the Vdeo 5 has been revealed on the website. For now, it seems like Micromax has only teased about Video 5 on its website and we expect Micromax to officially launch the device in coming days. Like the other Vdeo phones, the Vdeo 5 is also expected to be available in offline retail stores only.

To recall, the Vdeo 1 comes with a 4-inch WVGA display, while the Vdeo 2 sports a 4.5-inch FWVGA display. On the hardware front, both the devices are powered by a 1.3GHz quad-core processor coupled with 1GB of RAM and 8GB of internal storage. Both the smartphones sports a 5-megapixel rear and 2-megapixel front-facing cameras and runs on the Android 6.0 Marshmallow. The Vdeo 1 juiced by a 1,600mAh battery, while the Vdeo 2 is powered by a 1,800mAh battery. On the connectivity front, both the devices support 4G LTE, Wi-Fi and Bluetooth.

As far as specifications of Micromax Vdeo 3 are concerned, it features a shatter-proof 5-inch HD (720×1280 pixels) display with Corning Gorilla Glass protection and 4G VoLTE. It also features a sleek brushed metal cover at the back of the device. It is powered by a Quad-core snapdragon processor, which is clubbed with 1GB of RAM and 8GB of internal storage. The smartphone is backed up by a 2000mAh battery and runs on Android 6.0 Marshmallow operating system.. On the camera front, the smartphone sports a 5-megapixel rear camera with LED flash and a 2-megapixel front camera for selfies and video calling. Besides, the Vdeo 3 offers Dual SIM, 4G VoLTE, WiFi 802.11 b/g/n, Bluetooth 4.0, GPS, a microUSB port.

On the other hand, the Micromax Vdeo 4 too comes with 5-inch (1280X720 pixels) HD IPS display with Corning Gorilla Glass protection and is powered by a 1.1GHz quad-core Qualcomm Snapdragon 210 (MSM8909) processor, which is paired with Adreno 304 GPU. It comes with 1GB of RAM and 8GB of internal storage, which can be further expandable up to 32GB via microSD. The smartphone runs on Android 6.0 Marshmallow operating system. The Vdeo 4 gets its strength from 4000mAh battery, which claims to deliver up to 24 hours talk time and up-to 350 hours of standby time. On the camera front, it has an 8-megapixel rear camera with LED flash and a 2-megapixel front-facing camera for selfies. Besides, the smartphone offers Dual SIM, 4G VoLTE, WiFi 802.11 b/g/n, Bluetooth 4.0, GPS, a microUSB port.