Micromax In 2C confirmed to launch in India on April 26

Micromax will be launching the In 2C budget smartphone in India on April 26, 2022. 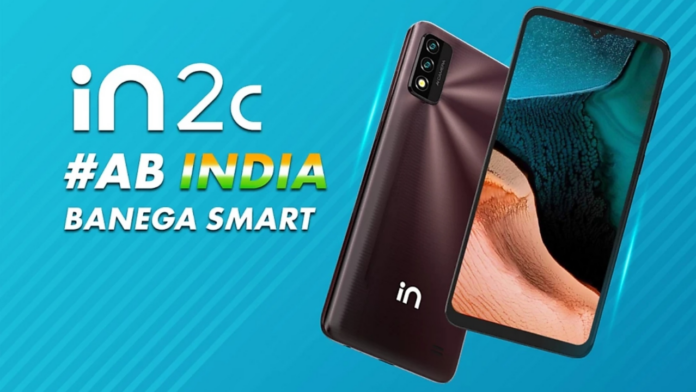 Micromax made a comeback in 2020 with a pair of budget phones and since then, the brand hasn’t launched a bunch of smartphones. However, it is working to bring a new smartphone to its home country and it’s called Micromax In 2C. The device has been confirmed to launch in India on April 26 and will succeed the In 2B that debuted last year in the country with a Unisoc T610 SoC.

A flipkart landing page for the In 2C suggests exclusive availability on the e-commerce platform and also confirms the design along with some of the key specifications. The device is seen sporting a waterdrop notch on the front with a 6.52 inch display. The images show that the device has a thick chin and a dual-camera setup on the back. Moreover, it comfirms that that Micromax In 2c will be powered by the Unisoc T610 SoC, same as last year’s In 2b, and will house a 5,000mAh battery. The device will be available in Silver and Brown colour options.

The Micromax In 2C should have a 6.52-inch HD+ display with 1600 x 720 pixels resolution, a 20:9 aspect ratio, 420 nits max brightness, and an 89 percent screen ratio. In addition, there is a waterdrop notch on the screen to house a 5-megapixel front camera.

Under the hood, the phone gets an octa-core Unisoc T610 SoC paired with up to 6GB of LPDDR4X RAM and up to 64GB of eMMC 5.1 storage. There will also be support for storage expansion via a microSD card. For the camera, there is a dual camera setup at the rear.

This may include an 8-megapixel primary camera and a VGA sensor. The phone should pack a 5,000mAh battery with 10W standard charging support. Additional features include Android 11 OS, a USB-C port, 4G LTE, Wi-Fi, Bluetooth and a 3.5mm audio jack. It may lack a fingerprint scanner.