Micromax Canvas Sliver 5 launched at Rs 17,999, claims to be the slimmest and lightest phone ever 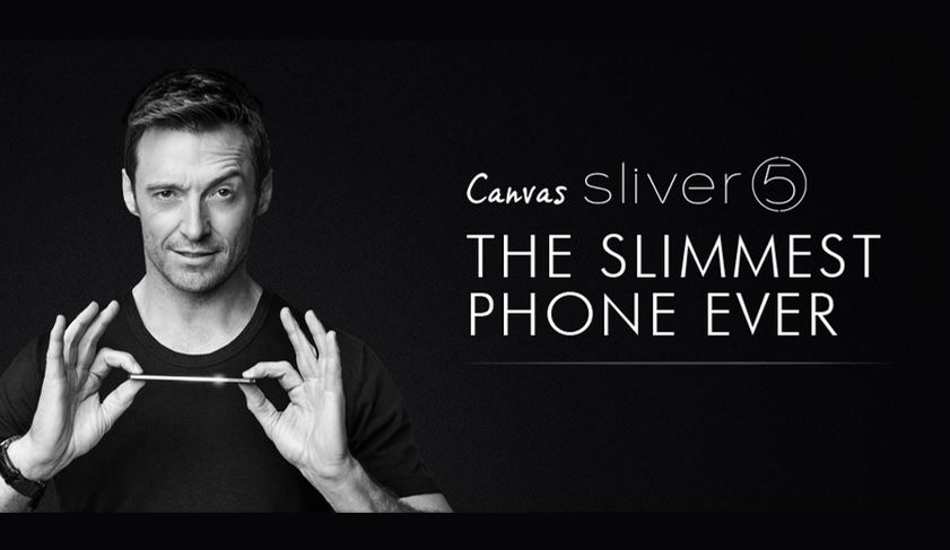 At 5.1mm, Micromax says the Canvas Sliver 5 is the slimmest phone ever with no bumps.

Micromax today launched a new phone which it claims is “the thinnest as well as lightest phone” ever. Named as Micromax Canvas Sliver 5, it was launched by the company in an event held in Delhi today.

The smartphone is just 5.1 mm. At 97 grams it is also the lightest phone ever, claimed Vineet Taneja, chief executive officer, Micromax. As per Micromax, it is the first LTE smartphone to weigh below 100 grams.

This Micromax Canvas Sliver 5 comes with a 4.8 inch AMOLED touchscreen with high definition (1280×720 pixels) resolution. This display has Corning Gorilla Glass 3 protection as well. Micromax has armed it with the Android Lollipop operating system that runs on the 64 bit, 1.2 GHz quad core Snapdragon 410 processor and 2GB DDR3 RAM.

The smartphone comes with only one SIM slot but offers 4G connectivity. It has no expandable storage either and thus you have to contend with the limited 16 GB internal storage.

For photography enthusiast, the Micromax Canvas Sliver 5 offers an 8 megapixel rear camera with Sony IMX219 and CMOS sensor and Blue glass filter. The phone also offers professional camera mode. In the front there is a 5 megapixel camera.

Meanwhile, the company has announced a new service system under which a user can call the customer care to complaint or use web tools to raise an issue. The device will then be picked up by Micromax from the address mentioned by the user and will be returned within seven days.