Micromax: Can it regain the attention of consumers?

What were the key reasons behind the downfall of the most beloved smartphone brand in India? Let’s nosedive into it.

Nuts.Guts.Glory! You might recognise this slogan from the Indian smartphone company, which once created a storm in the industry. Yes, we are talking about Micromax. The Indian-based mobile company that once shook the whole smartphone industry and brought mobile phones that came with mass appeal.

However, with the advent of the Chinese companies and due to some blunders from the company, Micromax suffered a significant loss on just in terms of market share, but also in terms of the trust, it gained from its loyal customers. The brand is now fighting for its survival as the company reported a 26 per cent downfall in revenues for the FY2018 as compared to its last year financials. So, what were the key reasons behind the downfall of the most beloved smartphone brand in India? Let’s nosedive into it.

How it all started

Micromax Informatics was founded in 1991 by Rajesh Agarwal and it served as a distributor of computer hardware for different brands like Dell, HP and Sony. In 1999, Sumeet Arora, Rahul Sharma and Vikas joined him as equal partners in the company. The brand later manufactured wireless public phones (PCOs). However, Rahul Sharma came up with an idea to make mobile phones and he convinced its partners to jump into this game.

This resulted in the first product, the Micromax X1i feature phone, which became a massive success in the country in 2008. It was primarily because the phone came with a 30-day standby time and it was priced reasonably. The phone becomes a big success in rural India where the people were not able to charge their phone at regular intervals of time.

The company then entered into the tablet market in 2010 with its Funbook series and it later entered introduced its Android-powered smartphone, the Micromax A60. People started recognising Micromax as a brand that caters to the masses and it was termed as one of those brands that stressed on innovation for masses. The company didn’t follow other established brands like Samsung, LG or more, but carved its way to the top.

The sheer innovation and surprise element of the Indian-based manufacturer were on an all-time high. Micromax surprised many by introducing Hugh Jackman, a known Hollywood actor, as the brand ambassador of the company, making it the first Indian smartphone brand to come up with an international brand ambassador. It introduced Canvas Turbo starring Hugh Jackman. Micromax also brought actors like Akshay Kumar, Twinkle Khanna and Chitrangada Singh for its smartphone launches. The company soon become the second largest smartphone seller in 2015 and it was just behind Samsung with 16.22 per cent market share. The Indian smartphone company enjoyed its dominant position in the budget segment and it was on Cloud 9. However, the bubble soon burst and it was back to the harsh reality.

Micromax relied on the Chinese ODM including Oppo, Vivo, Gionee and more to manufacture its smartphones in China. However, the company got a severe blow when the Chinese brands, which was once its OEM, decided to enter the Indian market with their own brands. This was the turning point for the Indian smartphone industry. The Chinese players did their homework and understood the point that the offline market is the key to establish themselves in the Indian market, explains Navkendar Singh, Research Director, IDC India. “Oppo and Vivo realised that the offline market, which accounts for around 60-65 per cent market, is important. That’s why they started recruiting channel partners and distributors in those territories. They started making lots of investments in the retail sector,” he said. 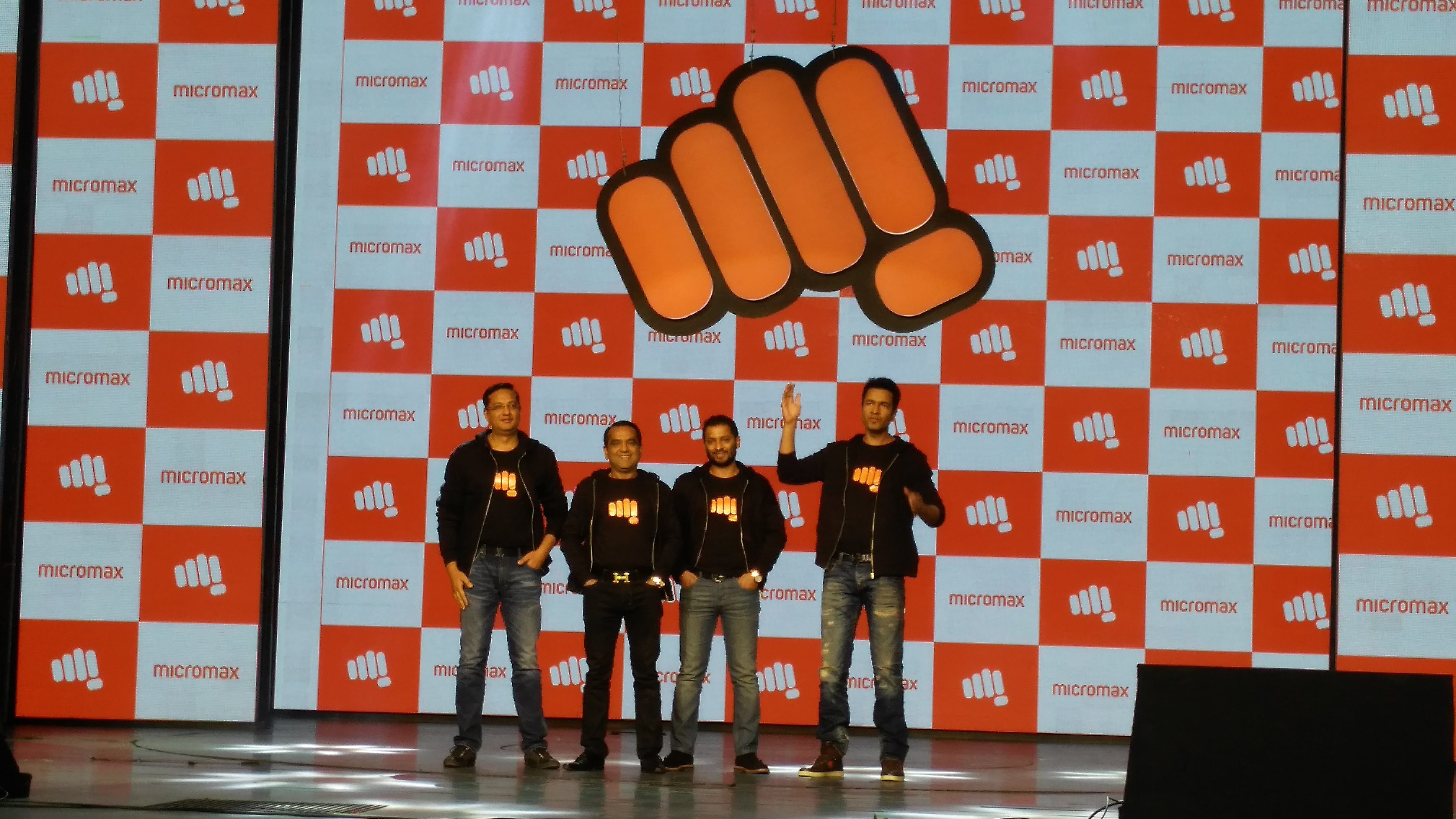 The Chinese brand took the offline market with a storm. Suddenly we started seeing the blue and green across all the nooks and cranny of the country. Both the companies paid lots of incentives to the retailers, which at the end resulted in getting more shelf space on the retail counter and Micromax suddenly found itself in the backseat. “Micromax and other Indian smartphone players were not able to understand where is this money coming from and how can these guys spend so much,” Singh added.

Micromax did not have the financial strength to fight the marketing, shelf space and retail exhibition of Oppo, Vivo and Gionee. The Chinese brands were pumping money left, right and centre to create a buzz in the market around their smartphones. On the other hand, Micromax and other Indian brands did not have that much amount of money to tackle the Chinese competition. The company had to face the brunt of the Chinese invasion as its change of retailers and distributors were going to the Chinese brands.

Micromax decided to lay low for some time and waited for the Chinese brand’s marketing investments to go dry. Meantime, they pushed the government to sell smartphones through some of their initiatives. The company did get some relief when they stuck a deal with the Chhattisgarh government for 45 lakh smartphones to given to women and students in the state in 2018. This helped the company to make a comeback, but there was no way it snatches the market share from its competition.

Micromax had a strong point of assembling products in India, while at that time none of the Chinese players had its assembly line in India. Then came the Make in India initiative from the Indian government and Micromax believes that it will help in curbing the Chinese invasion. However, it took a different turn. “The Chinese players took this initiative seriously and started assembling in India and now they are manufacturing their products in India,” Singh asserted. This left no ground for Micromax to compete with the Chinese brands in the country.

The Advent of 4G destroyed Micromax

Although it is believed that Micromax downfall was due to the Chinese invasion, however, it is not the whole truth. The company’s fall was due to their own doing and it was caught on the wrong side of the disruption. Micromax had around 40 products in the smartphone ranging from Rs 5,000 to Rs 10,000 and all of them were based on 2G and 3G network.

Things changed rapidly when Reliance Jio introduced its 4G network and has started providing free 4G SIM cards to the entire country. This drastically changed the whole landscape in both the telecom sector and the smartphone industry. With the introduction of the 4G network, most of the smartphone industry started shifting its focus to 4G, though Micromax remained reluctant to switch to the new 4G network. The company underestimated the 4G revolution in India.

“Micromax and other brands did not read the transition of the whole smartphone ecosystem from 3G to 4G will happen so fast. By the time they realised, they have so much inventory of 3G smartphones back in China that they were not well-equipped and not financially fit to dump all the inventory and switch to 4G,” Singh explained. Micromax and other brands kept on pushing the 3G handsets for a long time, but the market moved to 4G as Reliance Jio was offering its services at a cheap rate.

At a time when the Chinese players stressed on bringing innovative products for the masses, Micromax was complacent. The brand showed little interest in showing innovation to its smartphone range or adapt to the 4G at that time. This was quite disappointing for many as a brand like Micromax always stressed on innovation, especially in its early days. This also gave the lead to the Chinese brands as they were introducing new technologies at an affordable price point. “Micromax was complacent in any innovation, whether be it in terms of technology or bringing 4G or even new kinds of devices in the market, which these Chinese guys were already giving,” Sing said.

Micromax also failed in delivering good after-sales support to its customers. Although the brand has a strong network of around 1300 service centres in the country, the quality of service was not at par with the competition. The service centre took months to repair smartphones and there were issues with the lack of replacement parts available in the service centres.

Another major point where Micromax failed was not giving regular updates to its smartphone lineup. The smartphones from the company were not getting basic updates, leave the major updates alone. Multiple users complained that the phones are buggy in nature and the company is not delivering fixes on time, which at the end of the day left the customer with no choice but to switch to other players. Meanwhile, we saw brands like Motorola, Xiaomi, Vivo and even Samsung giving timely updates to its customers. That’s why when the consumer saw the alternative, they made the switch.

Can Micromax make a comeback in true sense?

So, will it be easy for Micromax to make a comeback in the smartphone industry? Singh believes it is very difficult. “Micromax needs a lot of financial muscle to fight these guys (Chinese players),” he said while asserting to the fact that it is not impossible for the brand to make a comeback. Micromax needs to look into a few things and they need to get ducks in a row and focus on the budget segment.

Singh believes that this is the segment where Micromax has always operated and it can still perform by focusing on the budget segment and give an excellent product with a perfect value-for-money proposition to the customers. The company still have a chance to compete at the lower-end section as the vacuum is still there and not many brands are jumping into the entry-level category that ranges from Rs 500 to Rs 3,000. If the company can bring a smartphone under this price range, it would be able to make its presence felt in the market.

But there are many ifs and buts. How do you launch a smartphone under the entry-level segment and deliver value to the customer? How do you educate the customer? “For this, lots of investments are required, lots of going back to the drawing board is required, which I am afraid Micromax will not be able to do. Because the scale and volume required are too huge and investment accordingly has to be too huge,” Singh said.

For Micromax, it is a story about a brand that turned from no one to disruptor number one to the fallen one. The company has long enjoyed the trust and love of Indian consumers. The brand was once a darling to the customers is now facing a crisis to survive in this industry. It is high time for the brand to prove its mettle or else we might soon see another smartphone exiting the India business.