It runs by Android 2.3 and is powered by a 1 GHz processor. 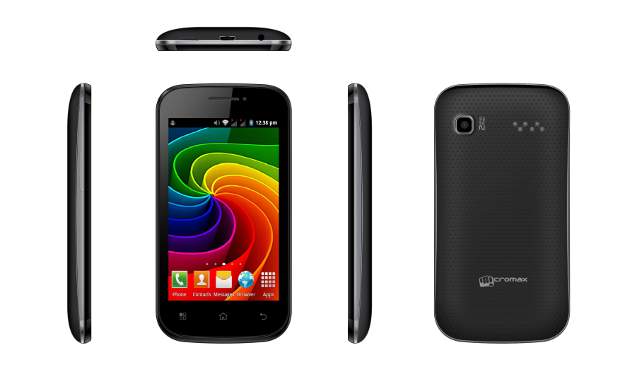 “The Bolt category will include a new range of feature rich phones from Micromax,” said the company n a press release while announcing the launch of the phone.

The Micromax Bolt A35 comes with a 10.1 cm full capacitive touch screen and runs on Android 2.3.5 (Gingerbread). It is powered by a 1 GHz processor. The new Micromax handset is equipped with a 2.0 megapixel rear camera and a 0.3 megapixel front camera. The A35 comes with an expandable memory up to 16 GB too.

Powered by a 1500 mAh battery, the phone claims to provide talk time of 4.5 hours and supports Bluetooth 2.1 and WiFi. It has something called ‘Flash’ application that, according to Micromax, enables users to share apps, games, photos, videos, songs and much more with just a swipe.

“Users can drag content across the screen or simply shake and share seamlessly between Android devices to spread the excitement at blazing fast speeds. The app works on WiFi, making one of the devices a Hotspot and sharing files over the private network via “Flash Transfer” App to keep the action going even without any data connectivity. It is the ideal application for the young generation who is always on the lookout for better, faster and savvier smart phones on the go,” Micromax explained further.

The Micromax Bolt A35 is priced at Rs 4,250 and is available from retailers across the country from today.