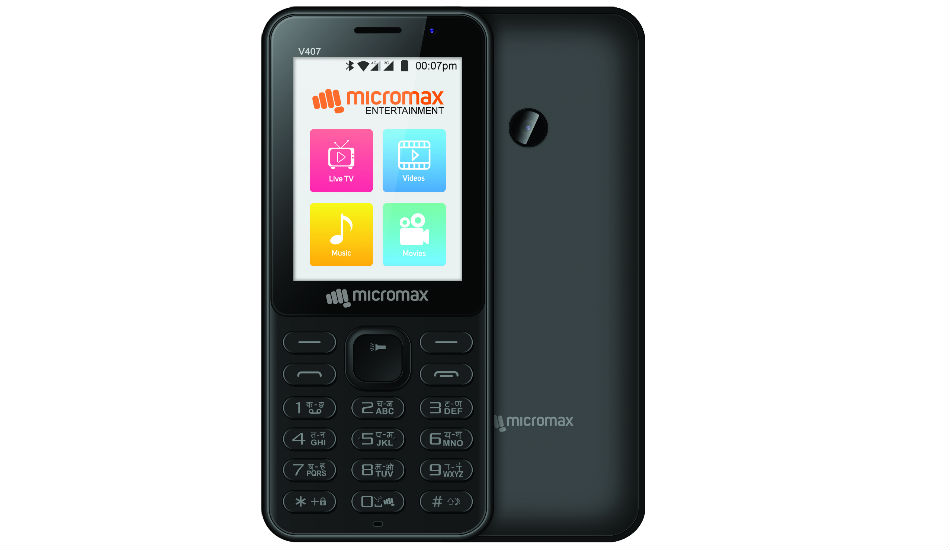 The feature phone comes with a price tag of Rs 2200 and it will be available at leading retail stores starting from October 20, 2017.

State-owned Bharat Sanchar Nigam Limited (BSNL) and Micromax have announced the launch of a new 4G-enabled feature phone known as Micromax Bharat 1. The feature phone comes with a price tag of Rs 2200 and it will be available at leading retail stores starting from October 20, 2017.

With this, both the companies are targeting at the 500 million plus population that yet to be connected to the internet. The company has also announced a new plan along with the 4G-enabled feature phone. The pack comes with a price tag of Rs 97 and it will offer unlimited internet, unlimited calling, and messages every month. The phone is a direct competition to the Reliance JioPhone with such kind of specs and price.

Coming to the feature phone, the Bharat 1 features a 2.4-inch QVGA display with a screen resolution of 320 x 240 pixels. The phone is powered by a 1.1GHz dual-core Qualcomm 205 mobile platform along with Adreno 304 GPU. The feature phone is backed by a 512MB of RAM and 4GB of internal storage, which can be further expandable via micro SD card slot.

On the camera front, the device features a 2-megapixel rear camera and 0.3-megapixel front-facing camera. The feature phone is juiced up by a 2000mAh battery and support connectivity options like WiFi, Bluetooth 4.1, GPS, USB 2.0 and dual-SIM slot. The feature supports 22 Indian languages and comes loaded with a suite of entertainment apps ranging from Live TV to music, movies, and videos.