Micromax A70 is the third most-searched handset: TMI survey

Seventeen of the 25 phones that have made it to The Mobile Indian's list of Top 25 mobile handsets are touchscreen phones, and nine of them are new handsets — four from Nokia, two each from Samsung and Micromax, and one from Sony Ericsson.

In the last few months, handset marketers have been launching touchscreen phones on a regular basis in India; the impact of this phenomenon is now being reflected in The Handset Hotlist survey (October 2011). Seventeen of the 25 phones that made it to the list are touchscreen devices.

The Handset Hotlist, based on a survey of online preferences, is brought out by The Mobile Indian (www.themobileindian.com), and is released every month. The list is based on the surfing patterns of about seven lakh unique visitors who visited the site in September, 2011, and searched for and viewed information about mobiles on the website’s Handset Guide, which lists more than 1,400 models.

Sreekant Khandekar, director, The Mobile Indian, says, “Since the Hotlist was first released, handsets from Nokia and Samsung have dominated the list. However, this time around, three models from Micromax and Sony Ericsson have made it to the list.”

According to The Handset Hotlist for October 2011, eleven of the 25 most exciting mobile handset models are from Nokia. Samsung follows next with six, while Micromax and Sony Ericsson have four models each on the list. 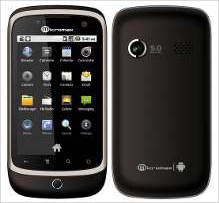 Nokia C2-03, a basic phone with S40 operating system that costs Rs 4,500 was the most-searched mobile phone on The Mobile Indian, replacing Nokia C5-03, which held the top position for the last three months.

Micromax A70, which has consistently been the most searched-for model among Indian brands and has figured in the list for the last four months, is now placed at No. 3, the highest position for the A70 so far.

The Top 10 Indian Challengers for October saw a huge change as seven new handsets made it to the list for the first time, with Micromax dominating the list with seven handsets.

The Challengers list was introduced in August, and has a ranking of the 10 most exciting handsets from Indian marketers, based on the preferences of visitors to the handset guide section of The Mobile Indian.