Meizu Note 9 to launch in China on March 6

Meizu Note 9 will be the successor of Meizu Note 8 which was launched last year.

Chinese smartphone maker, Meizu will be launching Meizu Note 9 in China on March 6. The company has announced the launch date on its official Weibo handle.

The poster (via GizmoChina) on Weibo does not reveal any information on its specifications or features of the phone but it only confirms the launch date as March 6. Meizu Note 9 will be the successor of Meizu Note 8 which was launched last year. 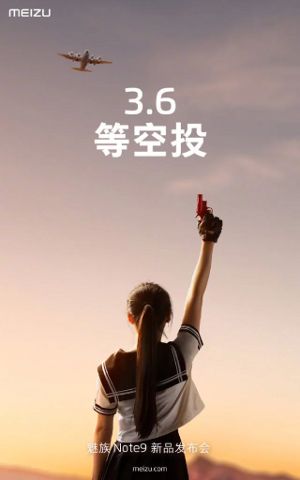 The phone runs on Android 9.0 Pie operating system out-of-the-box and is fueled by a 4,100mAh battery. For the camera department, the Meizu Note 9 will have a dual camera setup of 48-megapixel primary sensor and a 5-megapixel secondary sensor. For the front, the phone has 20-megapixel camera. It is expected to arrive with a side-mounted fingerprint reader.