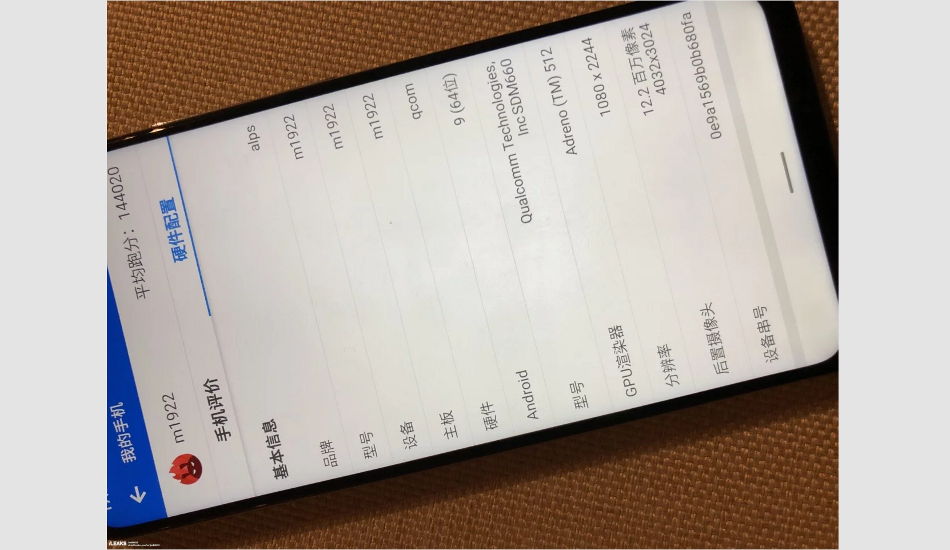 Meizu is all set to launch Meizu Note 9 in China on March 6. Now seems like the company is also working on Meizu Note 9 Lite smartphone. A leaked photo of the phone has appeared on SlashLeaks which has revealed few specs of the Meizu Note 9 Lite.

The snapshot shows that the smartphone features a full HD+ resolution of 1080 x 2244 pixels with unknown screen size. Meizu Note 9 Lite is likely to be equipped with a waterdrop notch screen. It will run on Android 9 Pie operating system out-of-the-box.

The leaked photo shows that the smartphone has a 12.2-megapixel camera. However, it is not known whether the phone will feature a single camera or a dual camera setup on its rear. It shows Antutu score of 144,020. It is powered by Snapdragon 660 chipset that comes with Adreno 512 GPU.

Meizu M9 Note, on the other hand, features a 6.2-inch waterdrop notch display. It will be powered by 2GHz Octa-Core Snapdragon 675 processor coupled with 6GB RAM and 64GB/128GB internal storage. It will run on Android 9.0 Pie operating system out-of-the-box and will be fueled by a 4,100mAh battery. For the camera department, the Meizu Note 9 will have a dual camera setup of 48-megapixel primary sensor and a 5-megapixel secondary sensor. For the front, the phone will have a 20-megapixel camera.