Meizu Note 9 expected to launch in China on February 14

Meizu Note 9 will be the successor of Meizu Note 8 which was launched last year.

Chinese smartphone maker, Meizu has scheduled a launch event in China on February 14. The company has released a launch poster of the phone which shows the profile of a smartphone, along with the number “3”.

The poster does not reveal the name of the smartphone to be launched, but it is widely expected that Meizu will launch the much in leaks Meizu Note 9 smartphone. Meizu Note 9 will be the successor of Meizu Note 8 which was launched last year. 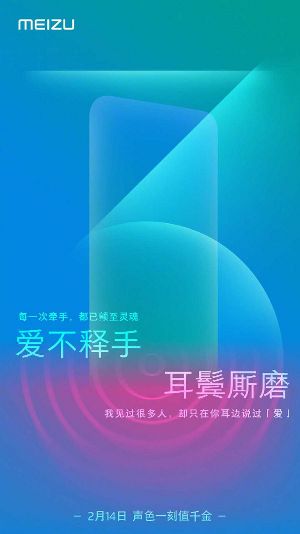 Meizu Note 9 was recently spotted on the Chinese certification website, TENAA with full specifications. As per the listing, the Meizu Note 9 features a 6.2-inch Full HD+ with 2244×1080 pixels resolution. The smartphone is powered by 2GHz Octa-Core Snapdragon 675 processor coupled with 6GB RAM and 64GB/128GB internal storage.

Meizu Note runs on Android 9.0 Pie operating system out-of-the-box and is fueled by a 4,100mAh battery. For the camera department, the Meizu Note 9 will have a dual camera setup of 48-megapixel primary sensor and a 5-megapixel secondary sensor. For the front, the phone has 20-megapixel camera. It is expected to arrive with a side-mounted fingerprint reader.