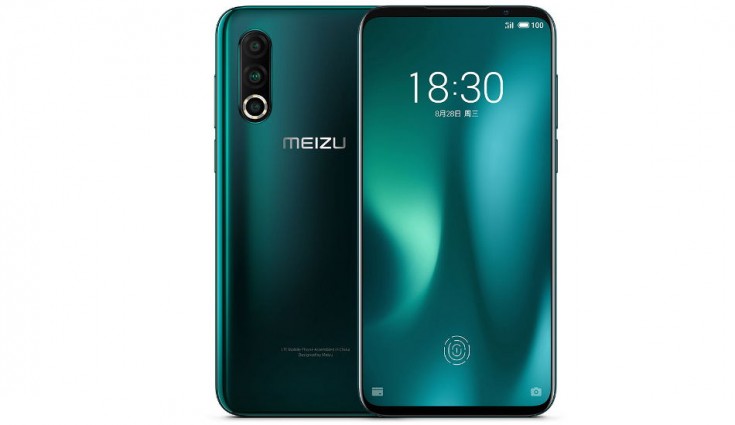 Recently Meizu launched Meizu 16s Pro smartphone in China. Now seems that the company is working on another smartphone. A mysterious Meizu smartphone with model number M928Q has been spotted on Chinese regulatory website. The listing has revealed the specifications of the Meizu smartphone but it comes without its images.

As per the TENAA listing, the Meizu M928Q features a 6.5-inch OLED display that supports 1080 x 2232 pixels resolution. It will be powered by an octa-core processor that clocks at 2.84 GHz. The listing shows that the Meizu phone will have a 6GB of RAM with 128GB internal storage. It lacks support for microSD card.

The smartphone will feature a triple rear camera setup with a combination of 12MP primary sensor, 8MP secondary sensor and 5MP tertiary sensor. On the front side, it will feature a 16MP selfie camera. It runs Android 9 Pie operating system and the battery capacity is listed as 4,500mAh.

The Meizu M928Q measures 159.63 x 78.2 x 8.3mm and it weighs 183 grams. As of now, there is no information about the availability and pricing of Meizu M928Q. We have to wait until the company announces something officially about this upcoming smartphone.

To recall, Meizu 16s Pro features 6.2-inch (1080 × 2232 pixels) Full HD+ Super AMOLED display. The phone also features an in-display fingerprint sensor. It is armed with 2.96GHz Octa-Core Snapdragon 855 Plus processor with Adreno 640 GPU coupled with upto 8GB RAM and 256GB internal storage. It runs Android 9 Pie with Flyme 8 OS out of the box and has a 3600mAh battery that supports 24W rapid charging.