Meizu M6 Note is all set to be launched on 23 August in China for which the company has also started sending media invites. The launch event of the device will be held at the Beijing Performing Arts Centre on August 23. Now ahead of the launch, two live images of the device have surfaced online revealing the details about the cameras, thanks to Boxer Tech.

The first image shows the handset’s back panel of the smartphone with the back plate missing while the another one shows the quad LED flash integrated into the antenna band on the top. 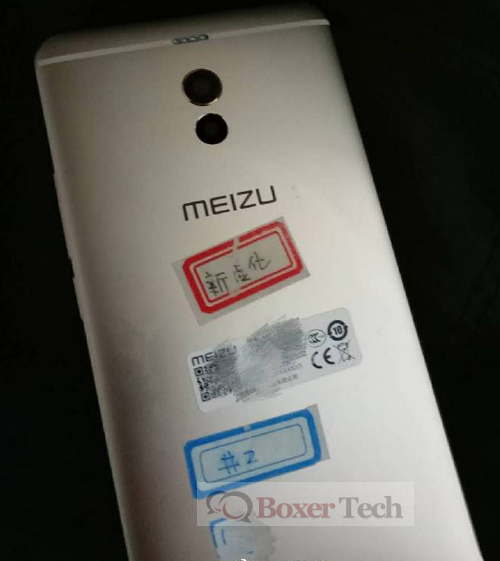 Recently, a back panel of the smartphone was leaked which showed the dual camera setup. The image revealed two camera modules placed one above the other and a quad-LED flash unit above camera module. An another image leaked showed the front side of M6 Note on which there is likely to be a fingerprint scanner in the home button on the front.

The earlier leaked specs reveal that the Meizu M6 Note will be powered by MediaTek Helio P25 (MT6757T) octa core processor. The device will feature a 5.5 inch full HD display with 1080 x 1920 pixel resolution. It will reportedly come in two variants – 3GB RAM with 32GB internal storage and 4GB RAM with 64GB internal storage. The smartphone is said to come with the 13-megapixel rear camera with Sony IMX258 and 4000 mAh battery. The smartphone is reportedly said to be priced at 1,599 Yuan which is approximately Rs 15,343.