The Spice Android One Dream UNO Mi-498 is priced at Rs 6,999 and looks solid with a quad core processor and the latest Android KitKat OS.

Note that Android One programme is the opposite of Nexus programme and is aimed it to deliver vanilla Android experience. Google has also partnered with Karbonn and Micromax to bring out more Android One phones. 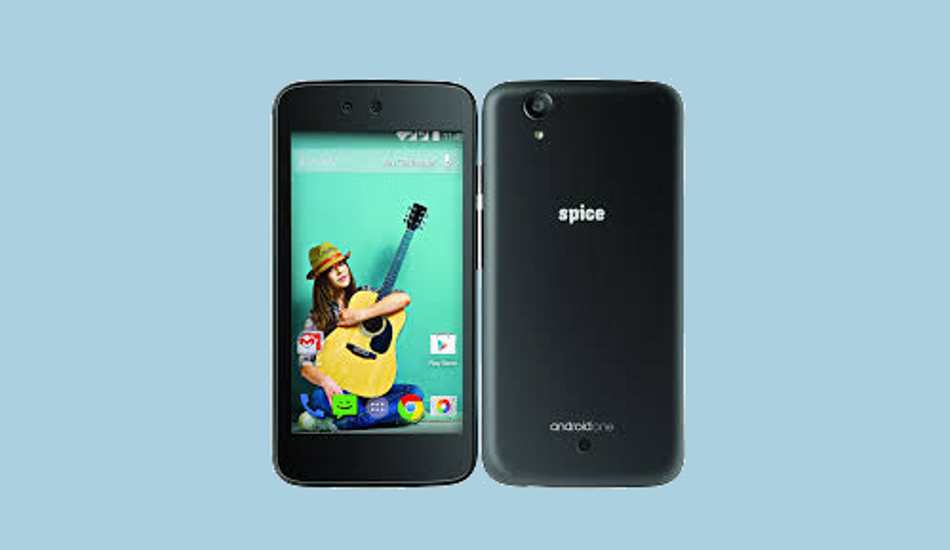 As reported, the Spice Android One Dream UNO Mi-498 comes with a 4.5 inch display with 480×854 pixels resolution. The phone is powered by a 1.3GHz MediaTek quad-core processor, Mali-400MP graphics and 1GB RAM. The phone has 4GB internal storage and has an expandable storage slot that can accommodate a micro SD card of up to 32GB capacity. The phone will also come with 10GB Spice Cloud cloud storage space and 35GB Google Drive space.

Spice Android One Dream UNO runs Android 4.4.4 KitKat operating system and sports a 5 megapixel rear camera with LED flash and 2 megapixel front-facing camera. The phone has a 1700mAh battery. For connectivity, the dual-SIM Spice Android One phone supports Bluetooth 4.0, 3G, WiFi and A-GPS. Flipkart is also said to be offering few e-books with the phone.

The features make it look like the popular Motorola Moto E which has tasted tremendous success in recent times. Later today, Google will formally launch the phone and after that we will bring you our first-hand experience of the first ever Android One phone. So keep checking The Mobile Indian and don’t forget to share your thoughts about the Spice Android One Dream UNO below.