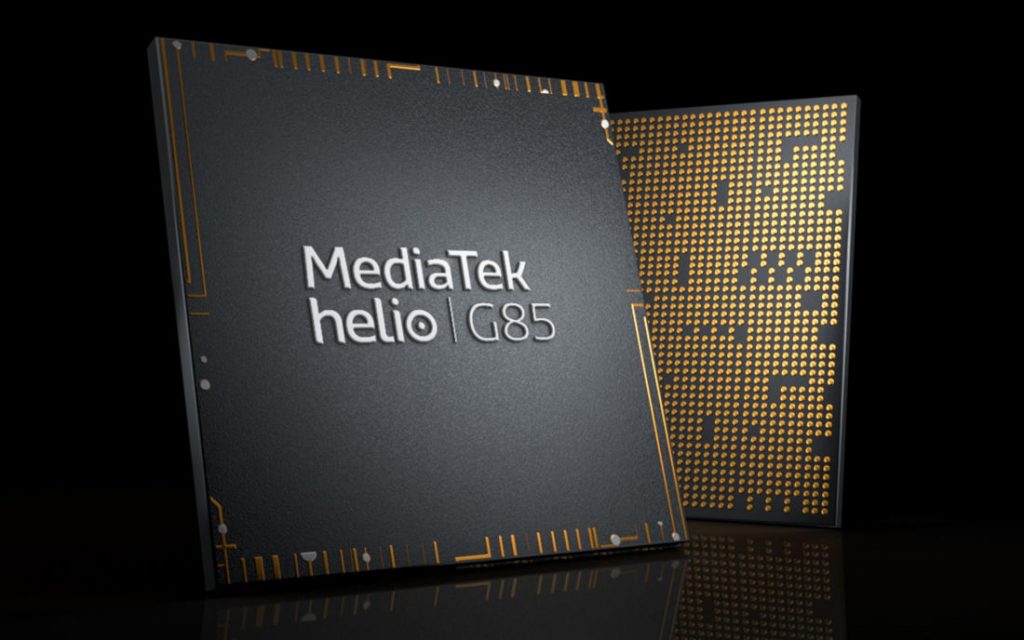 The MediaTek Helio G85 packs an Arm Mali-G52 GPU with a peak of 1GHz.

MediaTek has unveiled Helio G85 mobile gaming-focused chipset, its new addition to the Gaming G Series. It is an enhanced version of the G80 series which was announced back in February and it packs a 1GHz GPU and HyperEngine enhancements to enable powerful and smooth gaming on mobile devices.

The MediaTek Helio G85 packs an Arm Mali-G52 GPU with a peak of 1GHz. Equipped with MediaTek’s proprietary HyperEngine, the HelioG85 achieves a Manhattan benchmark score upto 25fps, delivering an ultra-smooth gaming experience. The chipset’s octa-core CPU integrates two powerful Arm Cortex-A75 processors that operate at up to 2GHz and six Cortex-A55 processors operating at up to 1.8GHz. 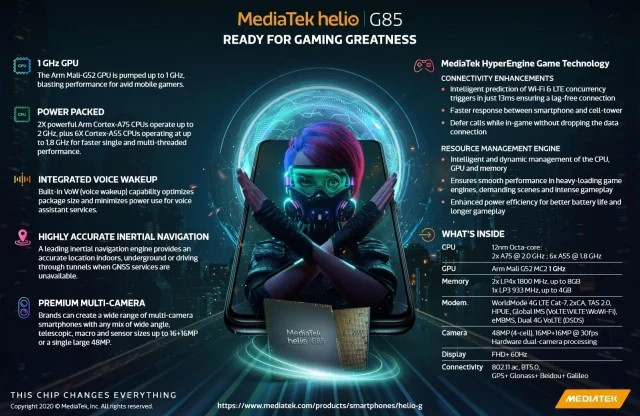 Further, MediaTek had announced that the chipset boosts the performance of AIcamera tasks such as object recognition (Google Lens), smart photo albums, scene detection and segmentation with background removal, as well as bokehshot enhancements. The chipset has built-in VoW capabilities that minimize the power of applications in the Android OS such as the always-on Google Assistant. The chipset includes a multitude of hardware accelerators, including a hardware depth engine for dual-camera bokeh captures and more. The chipset can also perform ultra-fast recording up to 240fps.

The HelioG85’s inertial navigation technology provides an accurate location whether users are underground, driving through tunnels or in any other situations where GNSS services are unavailable. With its support for dual 4G SIM, the chipset provides exceptional voice and video call quality via VoLTE/ViLTE services, along with enabling a faster connection setup time, more reliable coverage and lower power consumption from either SIM connection.

Yenchi Lee, Assistant General Manager of MediaTek’s wireless business unit, said: MediaTek is expanding our Helio G family to give device makers more options in designing smartphones that deliver an elite gaming experience. The Helio G85 delivers a combination of impressive performance, minimal power consumption and a range of other gaming enhancements so users can enjoy fast and smooth gameplay.