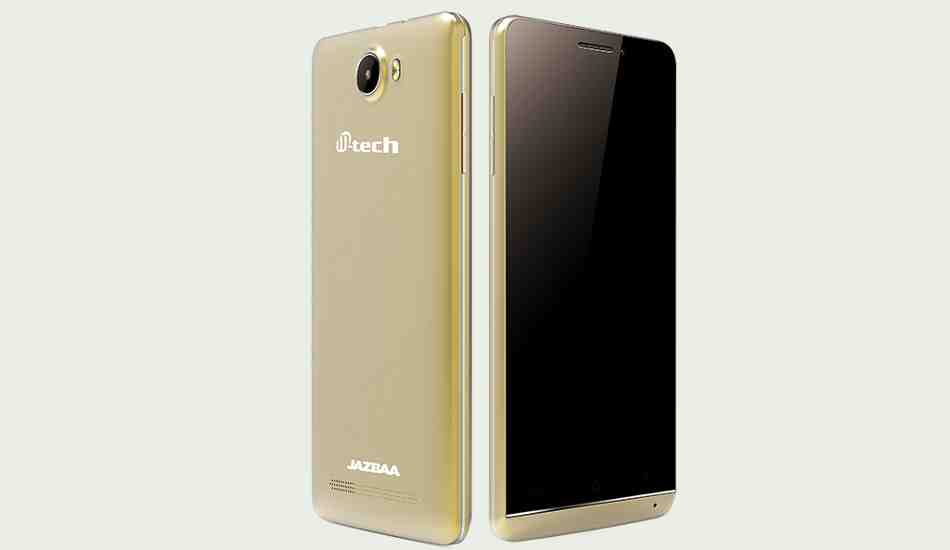 The handset is named after the Aishwarya Rai and Irfan Khan starrer movie of the same name which is releasing this October 9.

M-Tech has launched a smartphone ‘Jazbaa’ in association with the movie ‘Jazbaa’. The Jazbaa phone was launched in a promotional event of Jazbaa Movie held at Hotel Taj Palace, New Delhi where the stars of the Jazbaa film – Aishwarya Rai, Irfan Khan and Director Sanjay Gupta â€“ and co-founder of M-tech Mobile, Vivek Agarwal and co-founder Goutam Jain were present.

On launch of Jazbaa smartphone, Vivek Agarwal said, “With launch of Jazbaa smartphone we intend to penetrate not only metros but also Tier II and Tier III markets. Jazbaa phone reflects our passion to provide the customers with unmatched technology and service. To provide the masses with affordable phones is the vision of the company and Jazbaa phone has been designed keeping the same in the mind. The thought behind naming it Jazbaa, was to dedicate it to the passion behind the design of the phone. Linking it to the movie, and dedicating its launch with it, is a marketing move.â€

However, M-Tech has not announced its price.