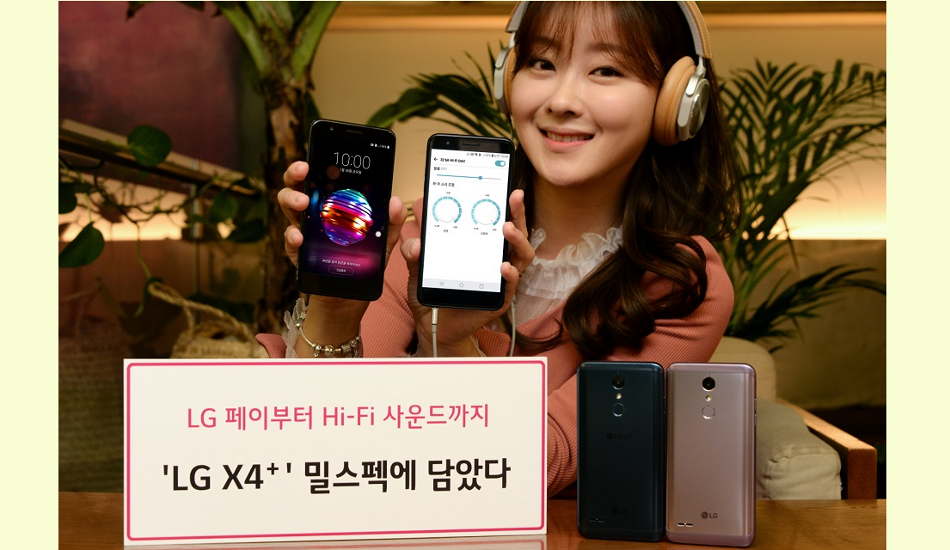 The smartphone features pretty much average specs at this price point.

LG has launched a new member to its X series with the launch of X4 smartphone. The device comes with a price tag of 297,000 won, which roughly translate to Rs 17,800.

The smartphone joins the X4+ rugged smartphone, which was launched in January this year. It is available for purchase at all three major carriers in Korea and it comes in Black and Blue colours options.

The smartphone features a 5.3-inch HD IPS display with a screen resolution of 1280 x 720 pixels. The device is powered by a 1.4GHz quad-core Qualcomm Snapdragon 425 processor along with Adreno 308 GPU. The phone is backed by a 2GB RAM and 16GB internal storage, which can be further expandable with microSD.

In terms of optics, the LG X4 boasts an 8-megapixel rear camera with LED flash, while for the front, there is a 5-megapixel sensor for selfies and video calling. The phone runs on Android 7.1.1 Nougat and it is backed by a 3000mAh battery. The phone also features a fingerprint scanner and it also support LG Pay. On the connectivity front, it supports 4G LTE, Wi-Fi 802.11 b/g/n, Bluetooth 4.2, GPS, NFC and dual SIM. The device measures 148.6 x 75.1 x 8.6 mm and weighs 164 grams.