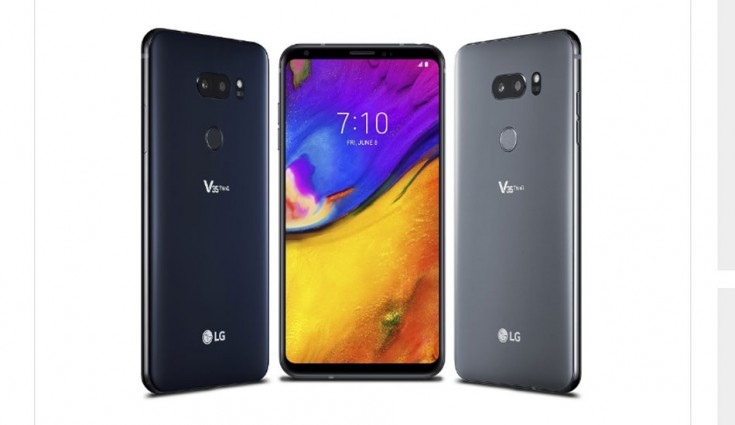 The smartphone comes loaded with a 6.0-inch FullVision Quad HD+ display with the support for HDR 10.

LG has started rolling out Android 9.0 Pie update to its flagship smartphone, the LG V35 ThinQ. The update is currently rolling out in the South Korea market with no news of the availability in other regions.

The Pie update comes with version number V350N20c and it available to download to the users in the South Koren market. One can also manually check for the update by going to Settings ->About Phone -> Software Update. The update was first reported by MyLGPhones.

The LG V35 ThinQ was launched in May 2018. The smartphone comes loaded with a 6.0-inch FullVision Quad HD+ display with the support for HDR 10. The phone is powered by a Qualcomm Snapdragon 845 processor along with 6GB of RAM and 64GB/128GB of internal storage. The V35 ThinQ sports dual rear camera in the rear panel consisting of two 16MP lenses. In the front, there is an 8-megapixel camera. The phone comes with various camera features that include improved AI CAM with 19 shooting modes.

The phone has 3,300 mAh battery, Android Oreo operating system, and connectivity features like Wi-Fi, Bluetooth 5.0 BLE, NFC, and USB Type-C 2.0 (3.1 compatible). It has been launched in Aurora Black and Platinum Gray colours.