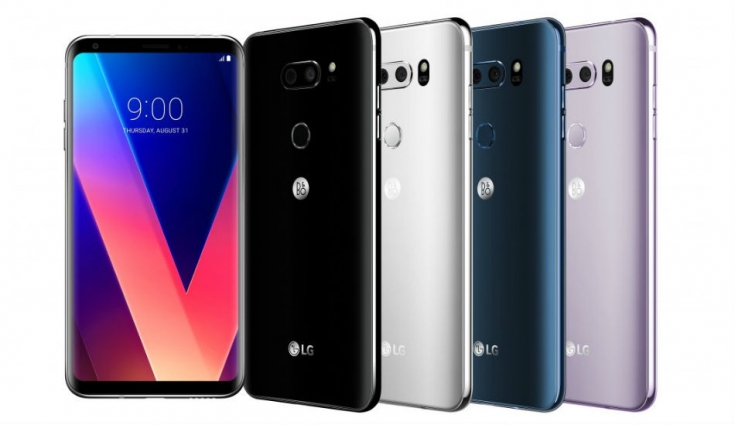 The update has been announced by the company itself on its official Twitter handle which states that LG V30+ devices become V30 ThinQ with features such as an AI camera. The update comes with build number OPRR1.170623.026 and software version V20b-IND-XX. The update also brings the security patch level to June 1st.

The new update brings ThinQ AI features which LG introduced at the MWC event with the V30S in February this year. The update will now show LG V30ThinQ branding instead of LG V30 Plus. AI feature will make the camera smarter and easier to use. With a particular focus on the camera and voice recognition, the resulting Vision AI delivers a smarter camera that is even easier to use, while Voice AI enhances the breadth of spoken commands in the latest smartphone.

The Android 8.0 Oreo update is currently available as an OTA but can be manually downloaded to the phone. Users can go to Settings> About Phone, to check for the latest update manually. However, if you want to update quickly, you have to bring the device to LG store and they will update your device instantly.

To recap the specs of LG V30+, it features a 6.0-inch Quad HD+ OLED FullVision display with a screen resolution of 2880 x 1440 pixels and an aspect ratio of 18:9. They are powered by the Qualcomm Snapdragon 835 processor along with 4GB of RAM and 128GB of internal storage, which can be further expanded up to 2TB via micro SD card slot. On the imaging front, the devices sport a dual rear cameras with a 16-megapixel standard lens with aperture f/1.6, optical image stabilization (OIS), electronic image stabilization (EIS) and hybrid autofocus that combines both Laser Detection Auto Focus and Phase Detection Auto Focus and 13-megapixel wide-angle lens with aperture f/1.9 and a 120-degree field of view. For the front, there is a 5-megapixel selfie shooter with a wide-angle lens.

It is backed by a 3,300mAh battery. The phones also come loaded with Quick Charge 3.0, that the company claims can charges the device from empty to 50 percent in around 30 minutes. They offer wireless charging as well. On the connectivity front, they support 4G LTE, Bluetooth 5.0, Wi-Fi 802.11 a/b/g/n/ac, Bluetooth 5.0 BLE, NFC, USB Type-C 2.0 and dual-SIM slot.