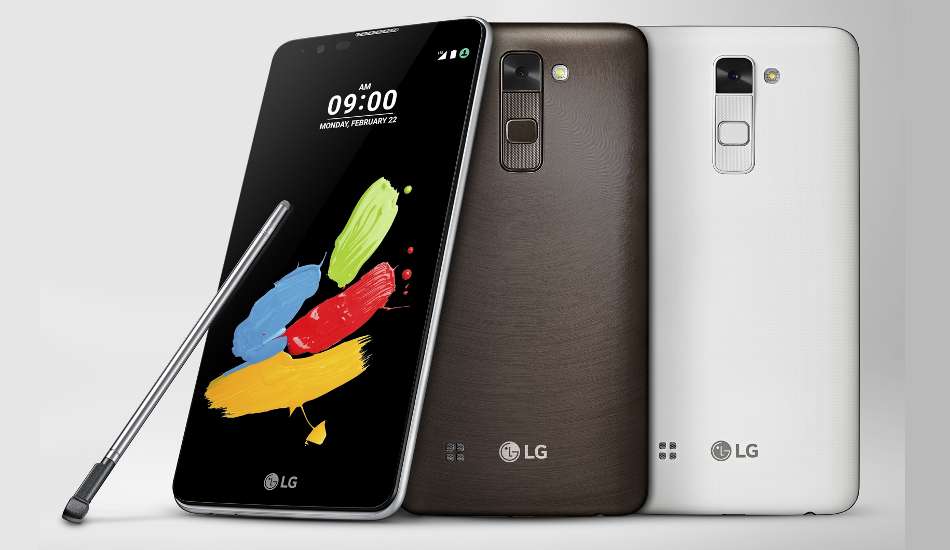 LG has launched a new smartphone in Taiwan, which is named as LG Stylus 2 Plus. The smartphone is priced at 7,990 TWD (approximately Rs 16,500) and will be made available for purchase next month. The Stylus 2 comes in three colours- Brown, Gold and Black.

As far as specifications are concerned, the LG Stylus 2 Plus features a 5.7-inch HD (1080Ã— 1280 pixels) full HD display and is powered by a 1.2 GHz octa-core Snapdragon 430 processor, which is paired with 3GB of RAM and Adreno 505 GPU. The smartphone runs on the latest Android 6.0 Marshmallow operating system with LG UI 5.0 on top of it and has a decent 3000 mAh battery removable battery. The LG Stylus 2 comes with a stylus pen, which comes with a nano-coated tip.

LG Stylus 2 Plus comes with 32GB of internal storage, which can be further expanded to up to 2TB via a micro SD card. The device boasts a 16-megapixel rear camera, which comes with an LED Flash, and an 8-megapixel front snapper. Besides, the smartphone offers 4G LTE, WiFi (802.11 b/g/n), Bluetooth 4.1, GPS,a Micro USB port, Proximity, Accelerometer, Digital compass, Ambient light, and G-Sensor. The handset measures 155 x 79.6 x 7.4mm and weighs 145 grams.