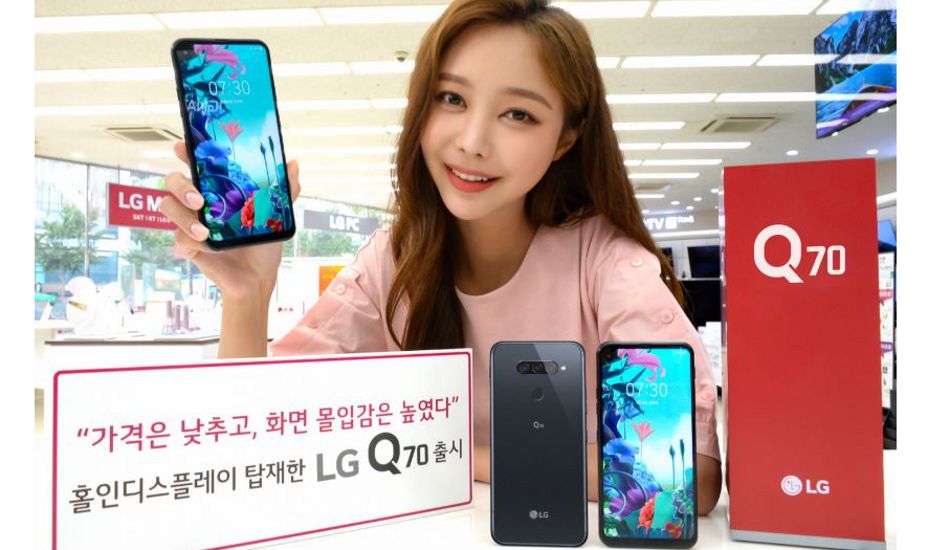 LG Q70 is the successor of LG Q60 which was unveiled at MWC event earlier this year.

LG has launched a new smartphone in its Q series – LG Q70 in Korea. The LG Q70 is priced at 5,48,900 won (approx. Rs 32,550) and it will go on sale in Korea starting from September 6. The phone comes in Mirror Black colour. It is the successor of LG Q60 which was unveiled at MWC event earlier this year.

For the camera, the phone is equipped with a triple rear camera of 32-megapixel rear camera with f/1.8 aperture, LED flash, 13-megapixel 120-degree ultra-wide camera and a 5-megapixel depth sensor. The phone has a 16-megapixel front-facing camera housed inside the punch-hole notch for taking selfies and video calling.

LG Q70 has a 4GB RAM and 64GB internal storage which can be expanded up to 2TB with microSD. It runs on Android 9 Pie and it is backed up by 4000mAh battery with Qualcomm Quick Charge 3.0 fast charging. The phone has connectivity options like Dual 4G VoLTE, WiFi 802.11ac, Bluetooth 5.0 LE, GPS, NFC, USB Type-C, 3.5mm audio jack and FM Radio.

The phone has aDTS:X 3D surround sound and has a dedicated Google Assistant button as well. There is a rear-mounted fingerprint scanner at the back of the phone. It comes with MIL-STD 810G compliance that can withstand impact, vibration, high temperature, low temperature, thermal shock, and humidity.