LG Mobile recently teased about announcing a new series of smartphones last week. Now the details about the upcoming LG devices have surfaced online and was spotted by Naver, a Korean Blog. The new LG Mobile smartphones will be named after the existing L-series and will comprise of L3 II, L5 II and L7 II devices. 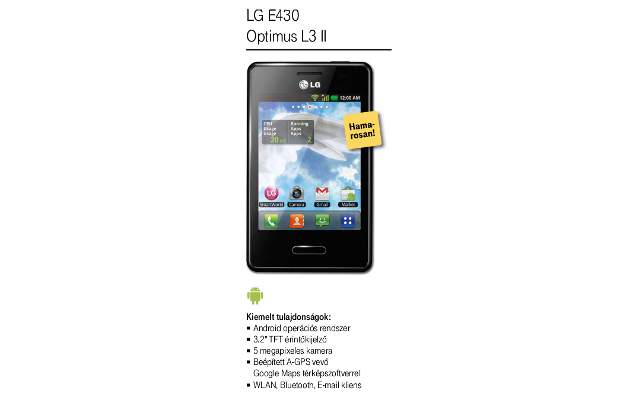 LG Mobile had introduced the L-Style designed Optimus L-Series smartphones last year. This year, the company teased about a new series and it turns out to be the refreshed models of predecessors.

The new L-series II, or so it might be branded will include three iterations of the existing Optimus L3, L5 and L7 handsets.
The new LG Optimus L3 II and LG E430 smartphones will feature 3.2-inch LCD display with 5 megapixel camera at the back, along with the usual set of features like WiFi, Bluetooth, and Email support.

Finally, the Optimus L7 II LG P715 will run a dual-core 1 GHz Qualcomm Snapdragon MSM8225 mobile processor coupled with Adreno 203 graphics chip. This smartphone will feature 4.3-inch touchscreen display with 480×800 pixel resolution and 8 megapixel camera at the back. This smartphone will feature a massive 2460 mAh battery and will run Android 4.1.2 Jelly Bean update.

LG is expected to announce the Optimus L9 II’s price as well as availability at the upcoming Mobile World Congress 2013 on February 25 in Barcelona, Spain.