LG Optimus G coming to India in next two weeks

The LG Optimus G is all set to be launched in India. Last month it was launched in select markets like the USA and Japan.

“LG Optimus G will be launched in the country in the next two weeks,” sources familiar with the development told The Mobile Indian.

Android 4.0 Ice Cream Sandwich based Optimus G smartphone has a new user interface and powerful hardware. It will arrive with quad-core Qualcomm Snapdragon S4 Pro mobile processor and will feature a 13 megapixel camera at the back with LED flash and autofocus feature. There is a 1.3 megapixel front facing camera which claims to allow video chatting in high definition (720p). 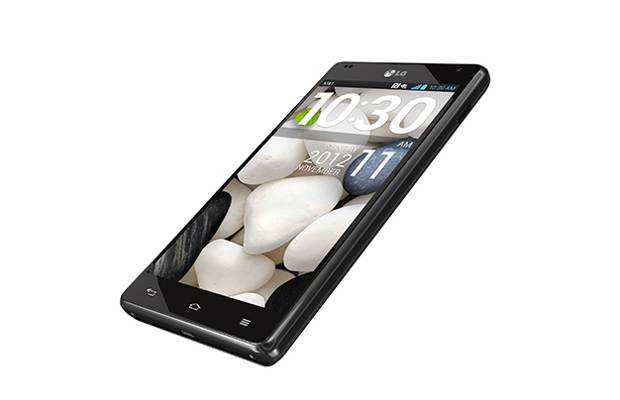 LG Optimus G built seems to be a mixture of LG Prada and LG Chocolate smartphones’ designs. The handset has a 4.7-inch True HD IPS Plus display that supports 1280×768 resolution natively. According to LG, the smartphone’s display has been made with something called Zerogap Touch technology that pushes the screen to the edge, which makes the display look like it fades seamlessly into the frame.

LG has added 2 GB RAM and Adreno 320 graphics chip in the smartphone for a smooth performance. It comes with a new ‘QSlide Function’ that allows users to enjoy the split-screen experience on the Optimus G, thus allowing users to engage in two concurrent tasks. While watching a video, users can zoom in up to five times while the video is being played or streamed.

The other features of the Optimus G include Bluetooth 4.0, WiFi, A-GPS, MHL, DLNA, Near Field Communication and a USB 2.0 high speed port. For longer run time, LG has packed a 2100 mAh battery in the handset that promises about 15 hours of talk time.