The LG M320, which received Federal Communications Commission (FCC) certification earlier in March this year, has now been listed on GFXBenchmarking website. The FCC listing did not reveal any spec details of the LG M320, but the latest GFX listing has thrown light on the above specifications of the device. 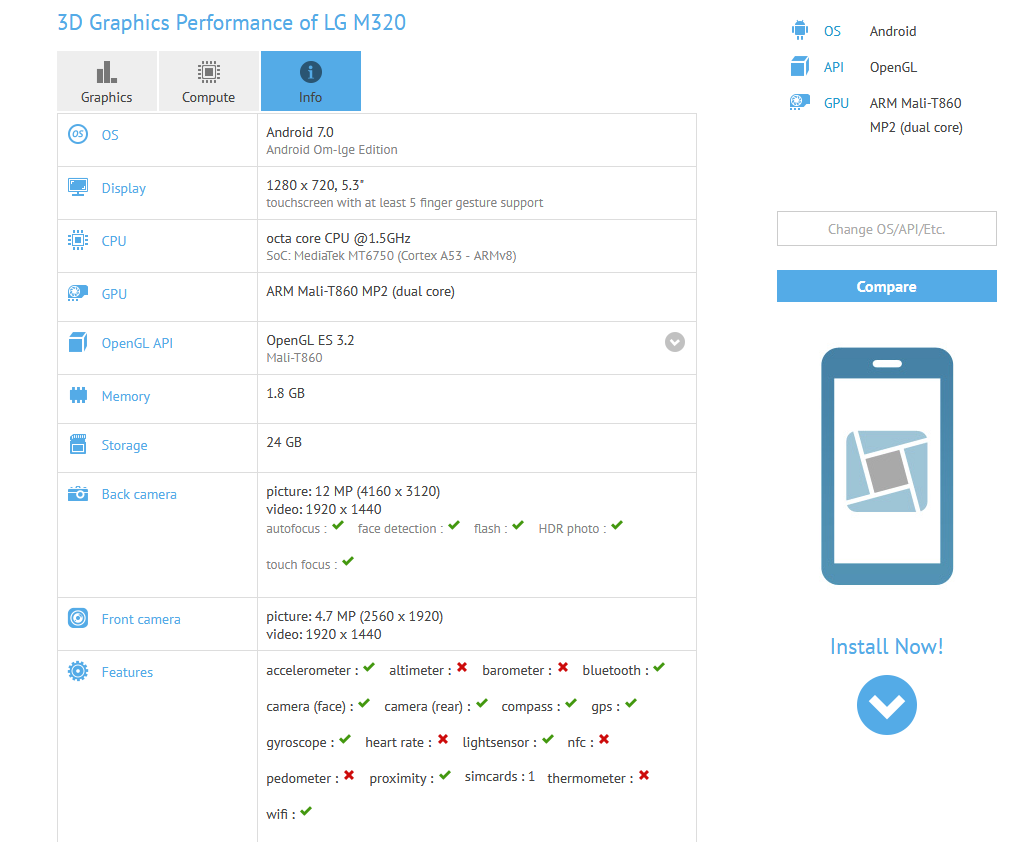 As per the listing on GFXBench, LG M320 has a 5.3-inch display that has HD (720×1280 pixels) resolution and five finger gesture support. Besides as per the listing, it has MediaTek MT6750 1.5 GHz octa-core processor, 2GB RAM, 32GB of internal storage out of which 24GB is reserved for the users, ARM Mali-T860 GPU and Android 7.0 Nougat operating system. In the listing, there is no information about its battery or expandable memory.

Further, the LG M320 phone has a 13-megapixel autofocus camera and a LED flash on its rear panel. There is a 5-megapixel camera on its front for selfies. The GFX listing shows that the device has connectivity features like Bluetooth, GPS, and WiFi. As per the listing, the device also has an accelerometer, gyroscope, light sensor and proximity sensor as well.