Earlier this year, LG unveiled a new smartphone in K series, named as LG K8. Now as per Mahesh Telecom, a Mumbai based retailer, company has reportedly launched the LG K8 in India. The retailer claims to be offering LG K8 smartphone for purchase offline at Rs 9,999 against the market price of Rs 11,000. 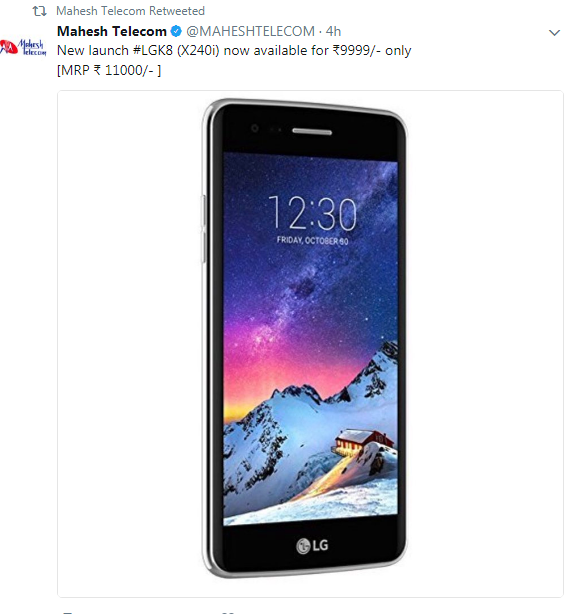 LG K8 features a 5-inch HD (720×1280 pixels) In-cell Touch IPS display featuring 2.5D glass coating. It is based on the Android 7.0 Nougat operating system and has a 1.4 GHz quad core Qualcomm MSM8917 Snapdragon 425 processor which runs with 1.5 GB RAM. The smartphone has 16 GB of internal storage and a 32 GB micro SD card slot as well. The device also features a fingerprint sensor at the back.