Google and LG have announced the fourth generation Google Experience Device – Nexus 4 (LG E960). The new LG Google Nexus 4 smartphone will be made available from November 13 in US, UK, Canada, Germany, France, Spain and Australia through Google Play Store online.

Nexus 4 has a True HD IPS Plus panel display that supports 1280 x 768 pixel resolution and thereby offering pixel density of 317.6 pixels per inch. Compared to that, the iPhone 5 has a 4-inch Retina display with 1136 x 640 pixel resolution and pixel density of 326 pixels per inch. The Nexus 4 display has been constructed using the Corning Gorilla Glass 2 technology for strength and resistance from scratches. The display panel has been constructed using Zerogap Touch technology and is slightly curved. 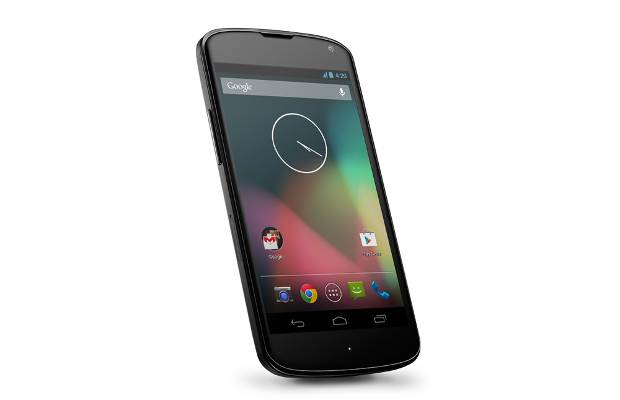 The Nexus 4 houses a quad-core 1.5 GHz Qualcomm Snapdragon S4 Pro mobile processor which has been made using 28nm silicon fabrication technology. This S4 Pro processor is paired with the Adreno 320 graphics chip that is capable of playback and recording 1080p HD video. LG has added 2 GB RAM to make the Android 4.2 Jelly Bean run smoothly like butter. 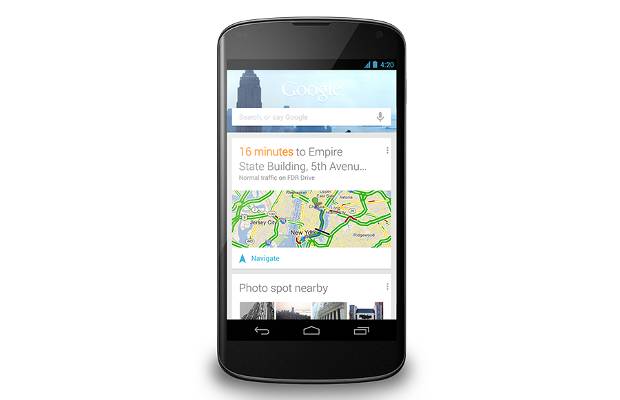 Apparently, the Google Android’s Senior Vice President for Mobile and Digital Content, Andy Rubin stated, “A lot of the networks that have deployed LTE haven’t scaled completely yet – they’re hybrid networks which means the devices needed both radios built into them. When we did the Galaxy Nexus with LTE we had to do just that, and it just wasn’t a great user experience.”

The Near Field Communication feature dubbed as Android Beam has been updated to share images, videos, contacts, apps and other content with a gentle tap over another NFC device. This phone also brings better location based services with Google Maps software through Assisted GPS, QuickGPS and Simultaneous GPS features.

LG and Google aim to make the Nexus 4 available in stores for these markets by end of November- Europe, Central/South America, Asia, CIS and Middle East.