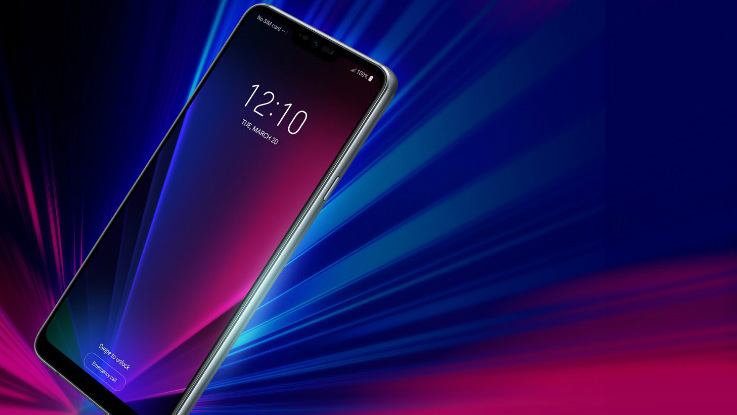 A new render of the upcoming smartphone has emerged online giving us a clear hint of the presence of an iPhone X-like notch on the top.

LG is all set to launch its latest flagship device, the G7 ThinQ, on May 2 in New York and May 3 in Seoul. Now, just ahead of official launch, a new render of the upcoming smartphone has emerged online giving us a clear hint of the presence of an iPhone X-like notch on the top.

The image was shared by a renowned tipster Evan Blass and it shows the front panel of the smartphone. One can clearly see the iPhone X-like notch on the top of the smartphone, which might house front-facing camera and earpiece. The side frame has power on/off button, which could be interesting to see as most of the recent smartphone from LG’s camp including V30 and G6 bears rear-mounted fingerprint sensor, which also acts as the power on/off button. However, previous renders reveal that the smartphone will still bear a rear-mounted fingerprint scanner.

Previously, LG revealed that the upcoming smartphone will come with new Voice AI that will allow users to perform certain voice commands. The phone will also feature Empathy AI and Vision AI, which enhances the camera performance of the device.

Furthermore, the LG G7 ThinQ will come with enhanced performance as well as enhanced interoperability with other devices. “Since smartphones have focused on filling new functions and more functions so far, it is time for us to find solutions to how convenient customers actually use them. We will show the convenience that we have not seen until now by concentrating the accumulated AI technology,” Director of LG Electronics.

Previously, the smartphone was reported to come in five colours – Aurora Black, Platinum Grey, Moroccan Blue, Moroccan Blue (Matte), and Raspberry Rose. In the official render, the phone is shown to have a notch as well as an edge to edge design, the report added. In the notch area, there will be a front camera and the earpiece speaker.