LG is seeking a partnership with Google to add company's in-house virtual assistant to its new products to be launched this year.

It seems that LG is burning the candle at both ends for its upcoming flagship device, the G6. The smartphone is touted to come with some top-of-the-line specs and if the latest rumours are believed to be true, then it might first smartphone after Pixel and Pixel XL, to come equipped with Google Assistant.

According to a report by Business Korea, LG is seeking a partnership with Google to add company’s in-house virtual assistant to its new products to be launched this year. If this report is believed to be true, then LG will be the first OEM manufacturer to come with Google in-house virtual assistant. This makes more sense, as LG has been developing Nexus phones for Google in the past, and it is also reported to make two new smartwatches that will run on Android Wear 2.0.

Read more: LG reveals some of the features of the LG G6 in a new video teaser

The report further adds that LG is looking for a collaboration with Amazon to add Alexa for a number of other LG devices. The company is already using Amazon Alexa in its home appliances and it is reported that the company might add the artificial intelligence to its other products as well. This would probably help the company to have a stronghold in the Internet of Things (IoT) devices.

Read more: Is this how the LG G6 will look like?

In another news, a known case maker, Ghostek, has come up with new renders of the LG G6 in a case. The company has recently published some renders of the upcoming Samsung Galaxy S8, and it shows the back and front panel of the device in a waterproof case from its Atomic 3 line. The leaked renders show that the device will come with a metal unibody design, which means that the company is ditching the modular concept in the next flagship device. The back comes with a dual-camera module with a fingerprint sensor positioned below. The case also comes with audio jack port, meaning that LG is unlikely to ditch traditional headphone jack in favour of a newer Type-C port. 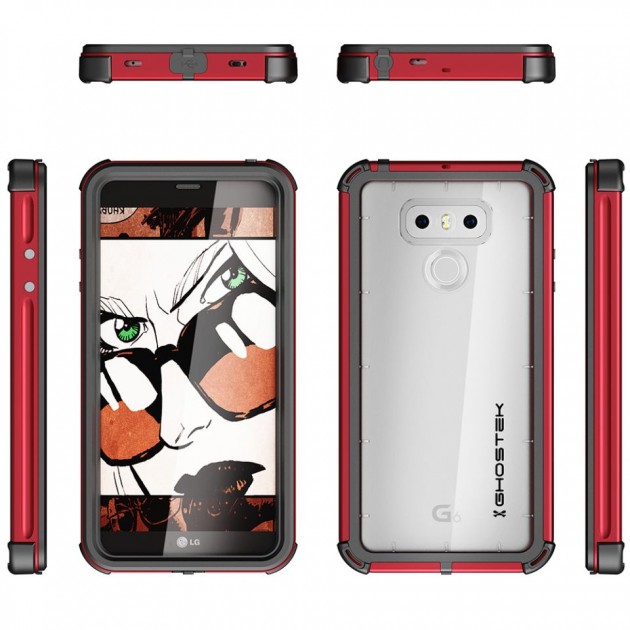 As for the specs are concerned, the smartphone might sport a 5.7-inch QHD+ display with a resolution of 2880×1440 pixels. The smartphone is rumoured to sport the latest Qualcomm Snapdragon 835 processor and would sport 3.5mm headphone jack and might use USB Type-C for charging and data syncing. LG is also likely to keep the Hi-Fi Quad DAC for high-quality audio output via headsets.