The Cam Plus is an additional accessory that enhances LG G5's battery power besides adding some handy buttons.

Advertisement
LG G5 will be available for pre-booking in India from tomorrow. The flagship smartphone of LG will be available for pre-booking at mobile stores, at LG brand shops and online exclusively at Flipkart. Customers can pre-book their LG G5 from May 21, 2016 to May 30, 2016. LG also announced that all the customers who pre-book the LG G5 will get the companion device, LG Cam Plus absolutely free along with the smartphone. 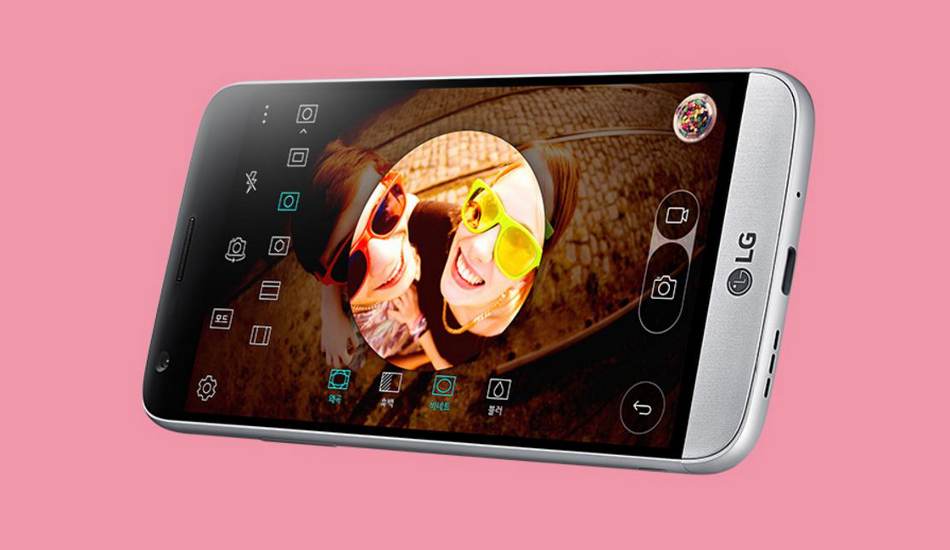 The Cam Plus is an additional accessory that has a built in 1,200 mAh battery. So when combined, the LG G5's battery power goes to 4000 mAh. When attached to your LG phone it offers additional surface area which you can grip onto when taking a photo, so you can do comfortably one handed. A shutter button and zoom dial are also provided on the CBG-700 Cam Plus.

Announcing this, Amit Gujral, marketing head â€“ Mobiles, LG India in a press release said, "The wait for the most anticipated smartphone, in fact the first ever modular phone of 2016 to arrive in India is now over. Customers can now pre-book the LG G5 and we hope more and more people will take advantage of this opportunity. The G5 is our most innovative smartphone till date and consumers would surely be awestruck on the most innovative modular concept of LG G5. We are very excited to bring LG G5 to India.â€
The South Korean mobile phone maker unveiled the G5 earlier this year at the Mobile World Congress event.
The LG G5 has the latest Android Marshmallow operating system and 4 GB LPDDR4 RAM. It has a 5.3 inch touchscreen that has Quad HD resolution and Corning Gorilla Glass 4. The LG G5, which measures 149.4x73.9x7.7 mm, weighs 159 grams and comes in silver, titanium, gold and pink colours.
Besides, the LG G5 has the latest Qualcomm Snapdragon 820 processor and has a 2800 mAh battery that claims to offer 14 hours of talktime. It has 32 GB of internal memory and it has provision of expandable memory as well (that reportedly has 200 GB capacity). The LG G5 has a 16 megapixel rear camera and an 8 megapixel front camera. The rear camera is armed with laser auto focus, OIS, LED flash, HDR, and it can record videos in 4K resolution at 30 fps. For connectivity, the phone offers WiFi (a/b/g/n/ac), LTE, Bluetooth 4.2 A2DP, GPS with AGPS and GLONASS and BDS, NFC, Infrared port, and USB type c port. It has fingerprint sensor and will come in a dual SIM version as well.
LG G5's price for the Indian market will be announced at the time of its launch.

LG introduces try and buy offer for its G8X ThinQ