LG Mobile has unveiled the successor of its G Pro smartphone which is named as LG G Pro 2. The handset boasts 4K Ultra HD video recording capability and high end features. LG, however, has not revealed its price or availability details. 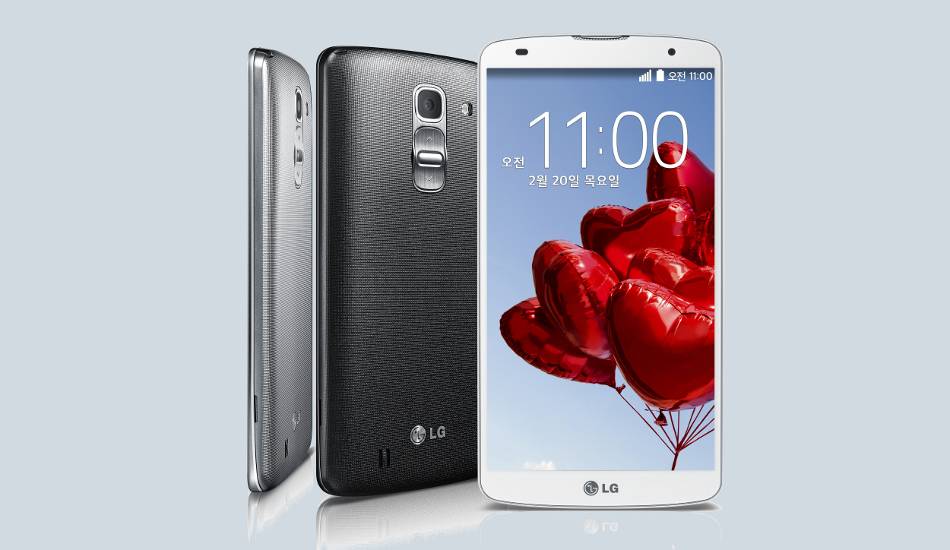 The all new LG G Pro 2 comes with a 5.9-inch IPS Plus LCD display with 1920×1080 pixel resolution. It is powered by a quad-core, 2.26 GHz Qualcomm Snapdragon 800 mobile chipset. For faster and fluid performance, LG has integrated 3 GB DDR3 RAM in the handset. The phone comes in 16 GB and 32 GB on-board storage options. LG G Pro 2 will come with Android 4.4 KitKat operating system and will have the LG Optimus user interface. 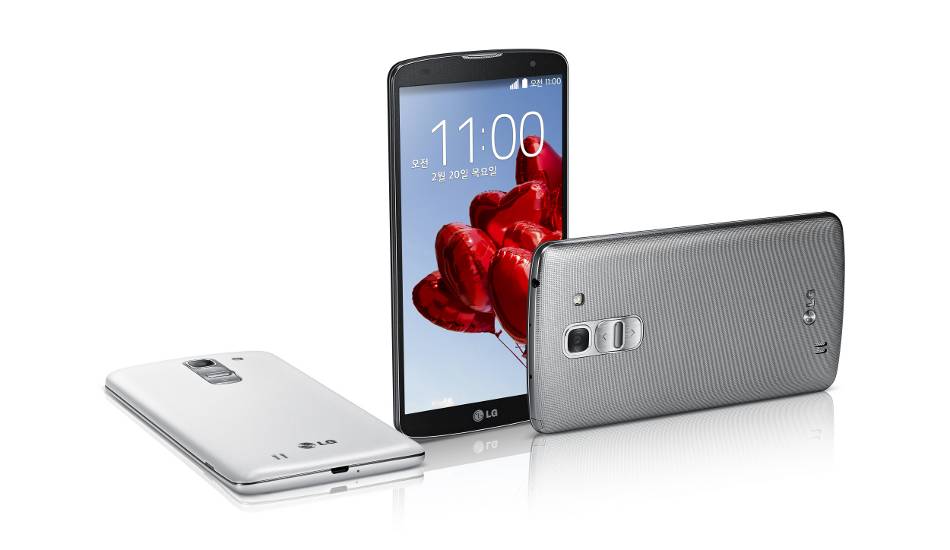 The smartphone has a 13 megapixel camera with LED Flash. As reported by The Mobile Indian earlier, it comes with new Optical Image Stabilisation Plus (OIS+) feature. The OIS+ technology brings in the anti-shake mechanism through software optimizations along with the hardware. Basically, better imaging and video recording even in low light conditions. 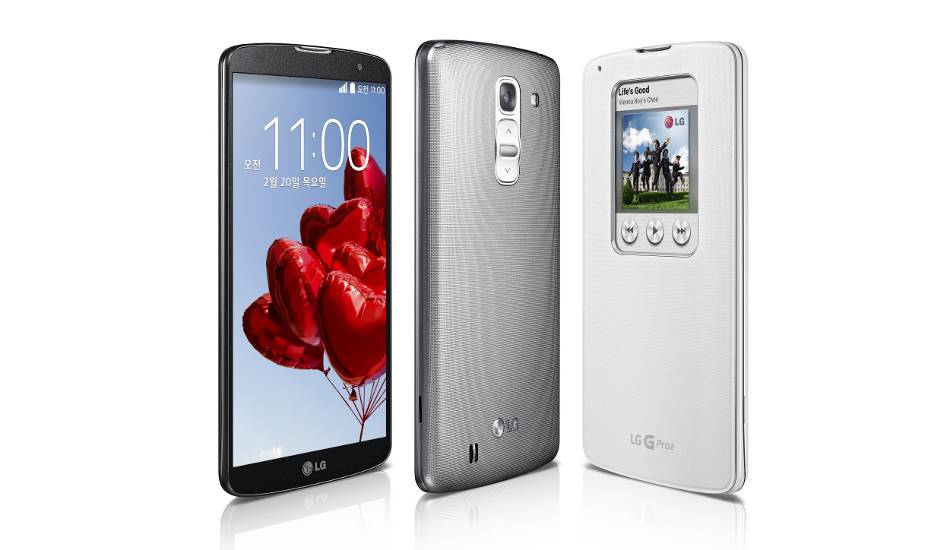 Imaging enthusiasts can go crazy with the video recording capabilities. The rear camera can record a full 1080p HD videos at 120 frames per second. Apart from that, users can also enjoy editing those videos at different speeds – one-half slow motion, one-fourth slow motion and original speed. High definition video lovers can use the rear camera to record 4K Ultra HD videos to play them in crisp and clearer quality on their HD TVs. 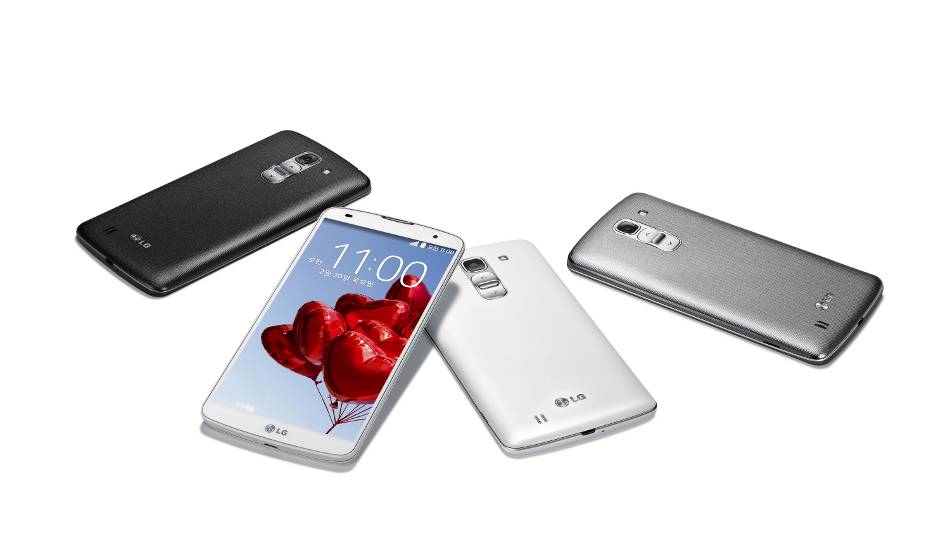 Better audio along with amazing video is promised through 1W Hi-Fi sound improvement that is claimed to be louder than that in the G Pro. The security concerned folks can now use the Knock Code feature to lock their G Pro 2 device with 86,367 different “Knockâ€ combinations. In the front, LG has placed a 2.1 megapixel camera with HD video recording capability. 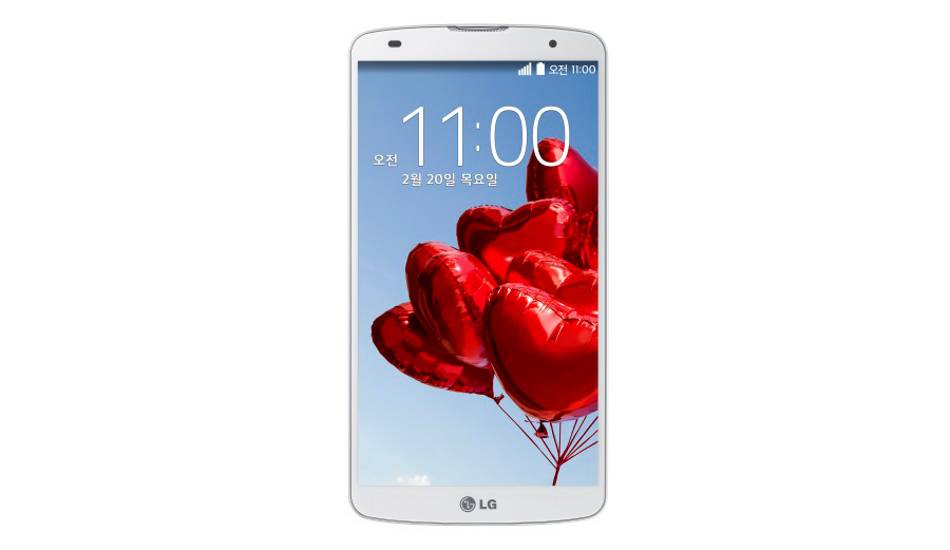 LG G Pro 2 has support for 4G LTE and HSPA+ networks where bands will vary as per regions. Other than that the phone has Bluetooth Smart Ready 4.0, WiFi (802.11 a/b/g/n/ac), Near Field Communication chip and Slimport support. One of the highlights of this smartphone is its 3200 mAh battery which can be removed from the chassis – this is a welcome change. LG will offer the G Pro 2 in titan, white and red colours. The power and volume buttons are located just below the camera module.

LG G Pro 2 clearly competes with the Samsung Galaxy Note 3 on several grounds but lacks the S Pen like stylus.