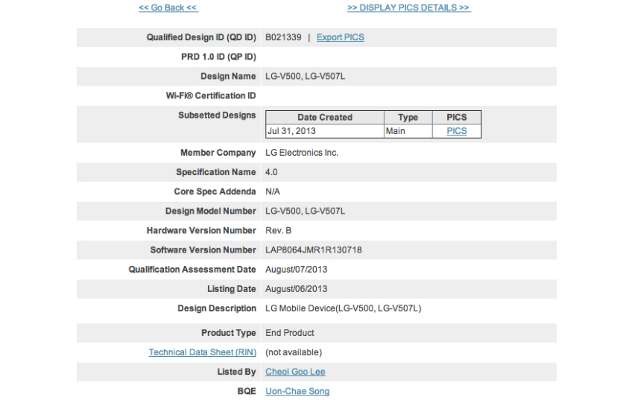 The LG G Pad is said to feature an 8.3-inch display with full HD (1920×1200) resolution. This tablet will pack the powerful quad-core Qualcomm Snapdragon 800 mobile processor.

While we have two official pointers with the FCC filing and Bluetooth SIG filing, the LG G Pad’s announcement can be expected pretty soon. In fact, we estimate that LG might drop a bomb at the IFA event which is to be held in Berlin next month, from September 6 onwards. 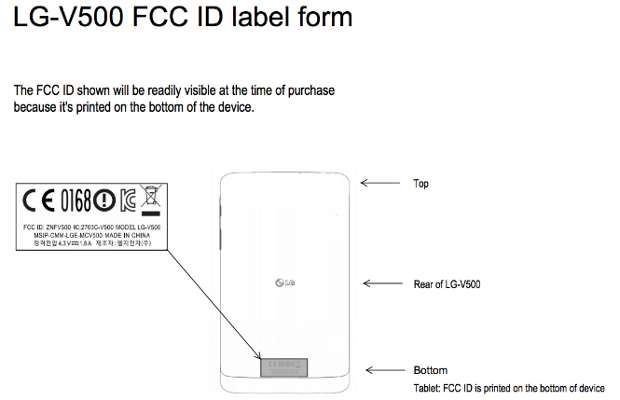 LG’s powerful 8.3-inch display bearing G Pad might be placed in the line of Apple iPad Mini and the Samsung Galaxy tab series of tablets. However, it is upon LG to make the G Pad available globally or not.