LG has formally introduced a new smartphone – LG F70 – with Android 4.4 KitKat loaded on it. The new LG F70 features a 4.5-inch display and is powered by a Qualcomm Snapdragon 400 mobile chipset. Mid-range F70 also offers 4G LTE network support and is set to be launched early May starting from Europe to be later available in Asia, North America and Central & South America.

LG has armed it with the new Knock Code feature as part the new UX features that are implemented on top of the Android 4.4 KitKat. The Knock Code allows setting a custom “knockâ€ pattern to lock and unlock the smartphone’s display. LG has also implemented the Quick Window, Guest Mode and other features in the user interface. 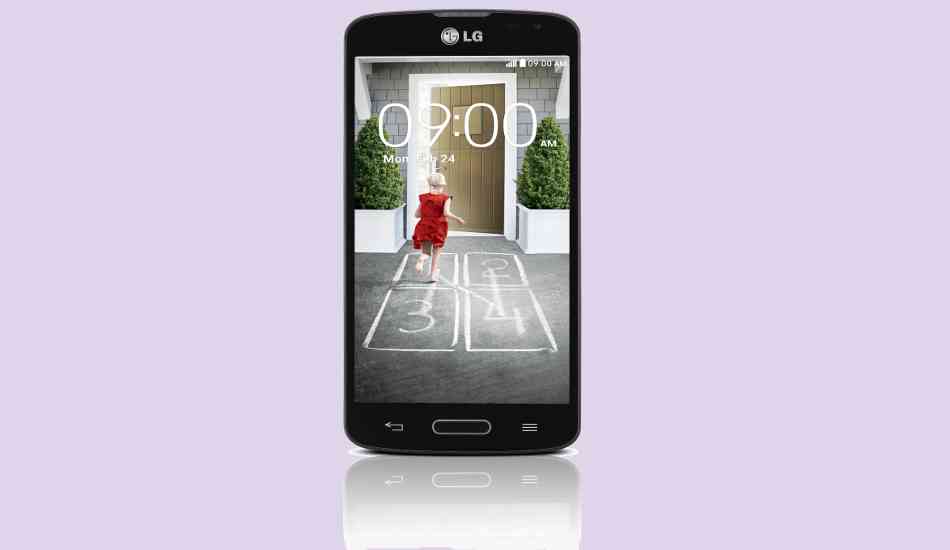 LG has placed a 4.7-inch IPS display with 480×800 pixel resolution. LG has powered it with quad-core 1.2 GHz Qualcomm Snapdragon 400 mobile chipset which is paired with 1 GB RAM, 4 GB or 8 GB on-board storage which would be market dependant. The memory card slot could accommodate up to 64 GB micro SD card.

LG has used a 5 megapixel camera at the back of F70 while in the front there is a modest VGA camera for video calls. For faster mobile experience, LG has added 4G LTE network support along with HSPA+ network support with 21 Mbps speed. Other features include Bluetooth 4.0, WiFi support, A-GPS and there will be NFC in LTE only model. That means, LG might introduced a 4 GB internal storage offering 3G only model in select markets.